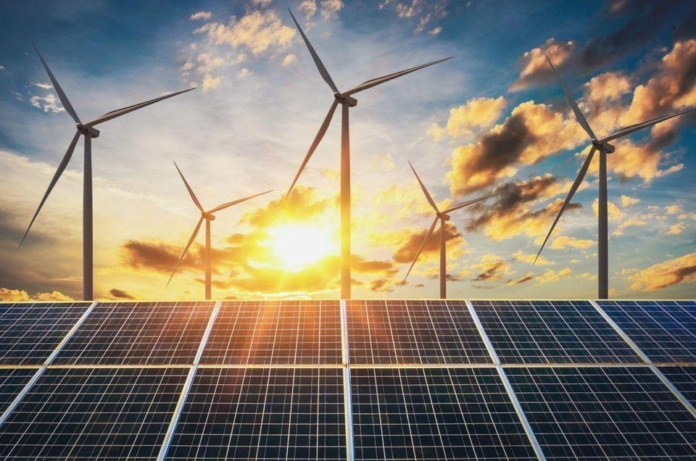 Today there are plenty of asset classes you can invest in for the best returns, from company stocks, oil, precious metals, bonds, indices, forex, futures, and cryptocurrencies. The latter is gaining a lot of attention lately thanks to potential returns to be made and increased embrace from large institutional investors. Bitcoin is the most popular in this sector, but several other top cryptocurrency alternatives to Bitcoin can be traded on platforms such as PrimeXBT with great returns. On the platform, you don’t have to deal with the actual asset, but its derivative products, and your capital is boosted, thereby increasing your exposure within a given market.

It’s not only cryptocurrencies that are available on PrimeXBT but forex, stock indices, and commodities. The latter sector is where you will find alternative energy stocks you can delve into for the best returns.

The alternative energy sector comprises companies involved in generating, distributing, and selling renewable and clean energy and related products and services. Some of these include solar, geothermal, wind, and hydroelectric.

There are a bunch of companies that are taking control of this sector, including the likes of SolarEdge Technologies Inc (SEDG), an Israeli-based firm, Companhia Energética de Minas Gerais (CEMIG) based in Brazil, and First Solar Inc. (FSLR).

The alternative energy stocks have comprehensively outperformed the broader market, managing to post a return of 75% over the past year compared to Russel 1000’s total return of 33.4%.

Below, let’s look at three top alternative energy stocks that offer the best value with the fastest earning growth and those with the most momentum. The list comprises stocks with the lowest trailing price to earnings (P/E) ratio over the past 12 months. The rationale is since profits usually are returned to shareholders in the form of dividends and buybacks, by choosing a stock with the lowest P/E ratio, you will be paying less for each dollar of profit generated.

The first company on our list is Algonquin Power & Utilities Corp., with a P/E of 10.6 over the past 12 months. The company is based in Canada and owns power generation and infrastructure assets in North America. The company is involved in thermal energy, renewable energy, water distribution, and wastewater facilities. In the last quarter, it reported an 11.9% YOY (year over year) revenue increase and a 193.0% YOY growth in net earnings. In the same quarter, the company surpassed 1 million customer connections for the first time, which had something to do with acquiring two regulated utilities in Bermuda and Chile.

The second company on our list is Canadian Solar, with a 12-month trailing P/E ratio of 11.5. it’s a solar power company specializing in designing, manufacturing, and selling solar module products necessary for converting sunlight into electricity.

The final company on our list is SunPower Corp, with a 12-month trailing P/E ratio of 12.0. The company is an integrated solar product, services, and systems company that targets residential and commercial customers worldwide. In the last quarter ended January 3, 2021, the company reported that its net income had surged about 68-fold YOY even as revenue fell by 14.9%. The massive growth has something to do with a significant increase in the value of its equity holdings.

If you want to delve into more stocks within this sector, then you can consider the following two that are the fastest-growing.

General Electric Co. is a global tech and financial service company that is involved in power generation and water processing. Additionally, it’s involved in the manufacturing of aircraft engines and medical imaging machines. Earlier this year, the company announced it would partner Luxcara to deliver 753 MW of onshore wind capacity to a wind farm in northern Sweden. This would make the project the largest onshore wind farm in Europe. Its also the company’s largest onshore wind farm contract outside the United States.

If this name doesn’t ring any bells, don’t worry since Daqo New Energy is a Chinese-based solar energy company involved in the manufacture of polysilicon that it sells to those who manufacture solar cells and modules.

The Rainbow Tree: An Eco-Friendly Residential Tower soon to rise in Cebu City

Nostagic Pinoy Throwback: Things that only the 90’s Kids can relate to

The Rainbow Tree: An Eco-Friendly Residential Tower soon to rise in...