Something about this combo scream holy week. Not that we only eat binignit and biko during lent, it’s just that these are staples during these holidays. We were curious and asked around about this. Some say that it’s what the old folks have been doing since before. Since these dishes don’t contain any meat, and the price of fish and seafood often rise like the tide during lent, these dishes get a thumbs up. Others also reason out that since we can’t eat meat, might as well enjoy something sweet.

A historian friend of ours (hi Corts) says that this became a custom by virtue of no choice. Of course it has partly something to do with the observance of fasting and abstinence. But it’s more of the fact that most of the stores don’t open on Maundy Thursday and Good Friday. Since the ordinary Filipino can’t go to the market on Maundy Thursday, they make biko or binignit. The ingredients are very accessible and they’re typically found in most backyards, especially in the rural areas. Of course, over time the tradition caught on.

Whatever the reason, we cebuanos love binignit and biko. Now, we don’t want to argue about who makes the best binigit or biko (it’s probably your mom, or your tita), but here’s the recipe for both of these dishes, just in case you’d want to make them.

Binignit is a sweet dish that’ll remind you of melted halo-halo (halo-halo soup anyone?). It has most of the usual halo-halo ingredients like jackfruit, sago, bananas, and ube, plus some root crops like camote and gabi. It also has landang, which looks like shrunken, flattened sago.

Here’s my nanay’s recipe for binignit. 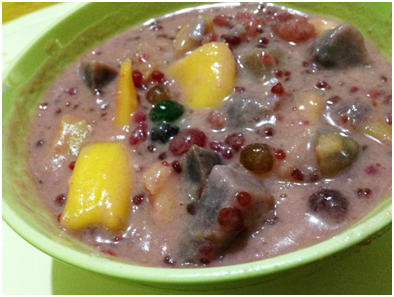 1 cup or about a medium sized white gabi (taro root), peeled and cut to 1/2 inch cubes

1 cup or about 2 small yellow camote, peeled and cut to 1/2 inch cubes

1 cup or about a medium sized ube (purple yam), peeled and cut to 1/2 inch cubes

Biko is just another way of enjoying rice. It’s sticky rice with coconut milk and brown sugar. That’s it. Some people add ginger to it to give it a bit of kick, and that’s how I grew up eating it so here’s a recipe for that. 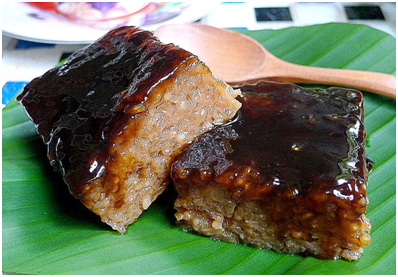 A knob of ginger, pounded.

Where To: Stations Of The Cross Sites Around Cebu

Station of the Cross Locations in Cebu for Holy Week

Station of the Cross Locations in Cebu for Holy Week

Where To: Stations Of The Cross Sites Around Cebu