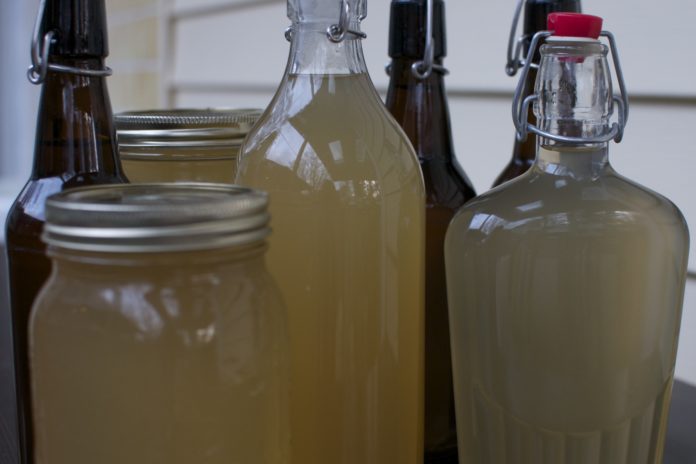 The Philippines is a coconut country. About 3.5 million hectares or 26% of our agricultural land are planted with coconut trees. We grow and cultivate coconuts for various purposes. In fact, every part of the coconut can be put to use, from lumber and fuel to food and beauty products.

One mark of a true Filipino is our preference for coconut vinegar.  We use it heavily to cook our favorite dishes like adobo, kinilaw and sinigang. Coconut vinegar can be made from coconut water or from coconut sap.

Coconut water is the liquid found inside the coconut shell along with the coconut flesh. Coconut sap is the liquid extracted from coconut blossoms. It is locally called tuba, and is sweet when freshly harvested. Tuba can then be made into an alcoholic drink (raw coconut wine tuba or refined into lambanog), coco sugar or sukang tuba (coconut sap vinegar).

It is said that coconut sap offers more health benefits than coconut water because of the concentration of essential vitamins and minerals. More so, our very own sukang tuba (not the ones with artificial flavor enhancers) may actually be far superior than the more popular apple cider vinegar (ACV). Let’s take up the benefits we can get from sukang tuba and see whether it is indeed the better vinegar than ACV. 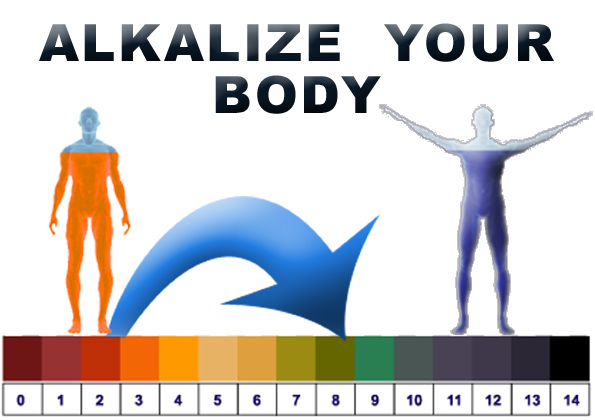 Certain foods such as fruits, vegetables and legumes are considered by some as alkaline foods because when they enter the body, they supposedly decrease the body’s acidity and don’t leave residue post digestion. According to advocates of alkaline diet, alkalizing foods protect the body from diseases and illnesses. Now, this claim has not been fully validated by health professionals, although eating such foods is good because they contain essential nutrients. Alkaline diet practitioners swear by ACV for being an alkalizing vinegar. However, according to an article, coconut sap vinegar or sukang tuba is also alkalizing to the body. So, if we are to go for supposedly alkalizing vinegar, why not chose our local coconut sap vinegar over ACV?

Actually, all types of vinegars have acetic acid that lowers the glycemic index of the diet. Because of the impressive nutrient content of ACV, and now sukang tuba, anyone who wants to control their blood sugar try to incorporate these two “healthier vinegars” into their meals. This is good news for Filipinos suffering from diabetes, obesity and other blood-sugar-related problems – our very own sukang tuba may be a life saver. Now we know that eating kinilaw, paksiw and sinigang actually has health benefits. 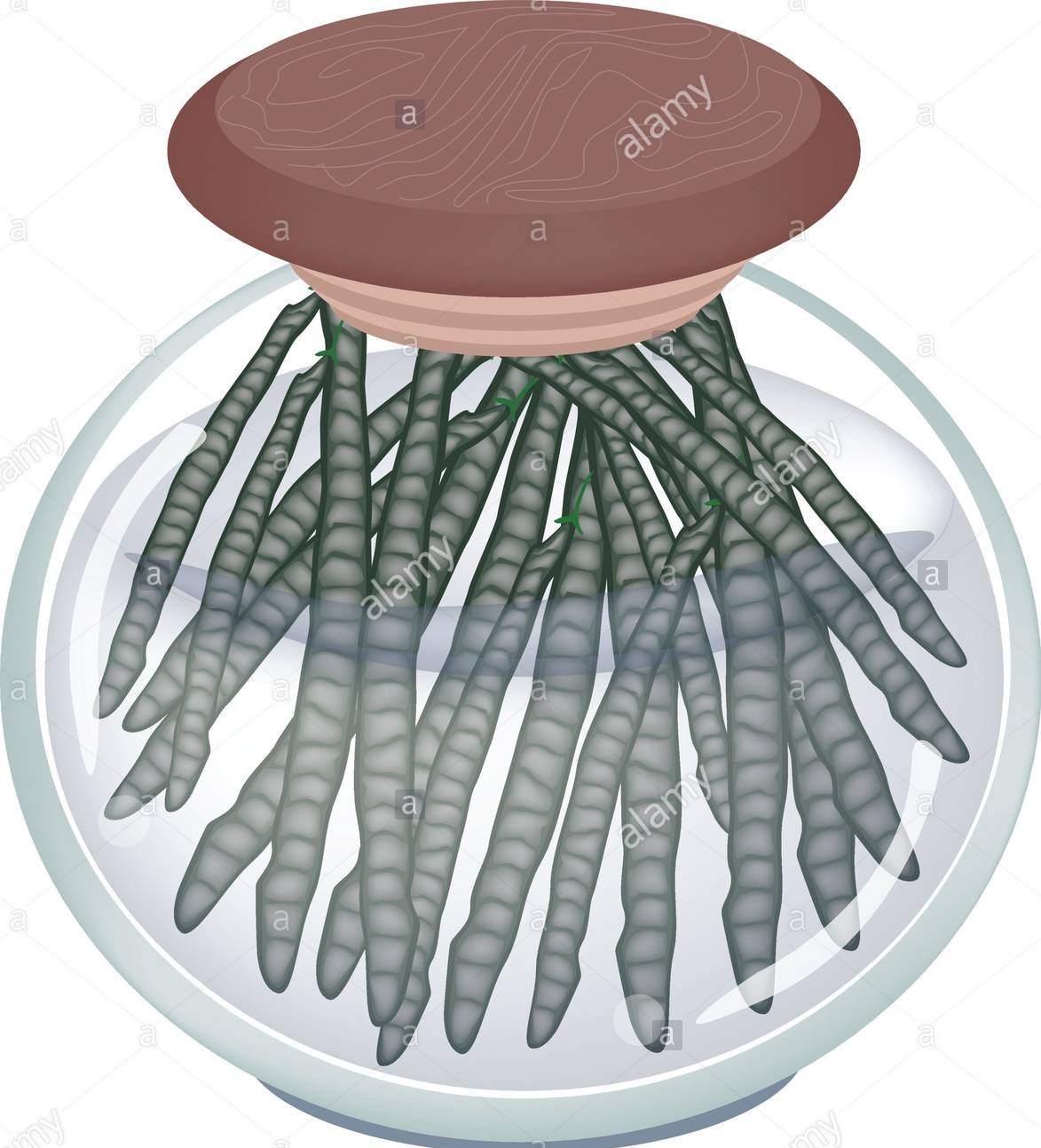 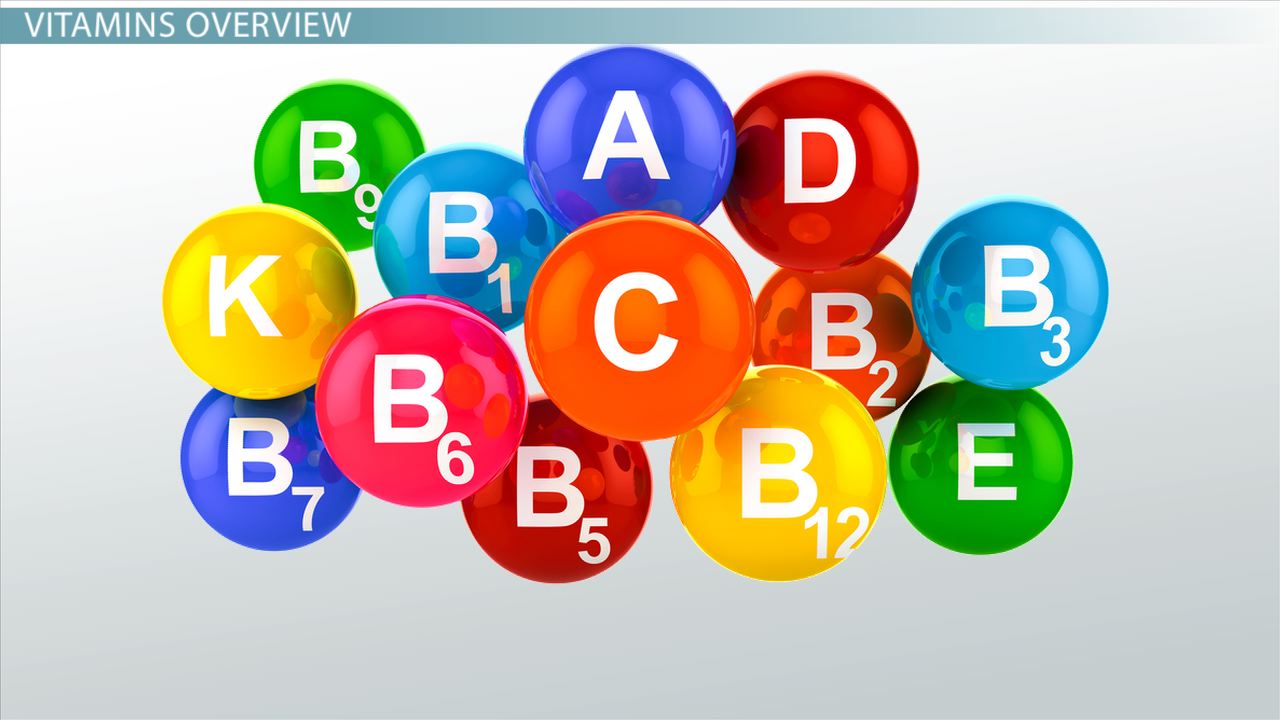 Again, vinegar made from coconut sap may be the better vinegar than apple cider or fermented coconut water because its nutrient content is far superior. The sap from mature coconut blossoms has concentrated levels of minerals and vitamins.  By comparison, coconut sap has more vitamins C and B vitamins than fresh apples. 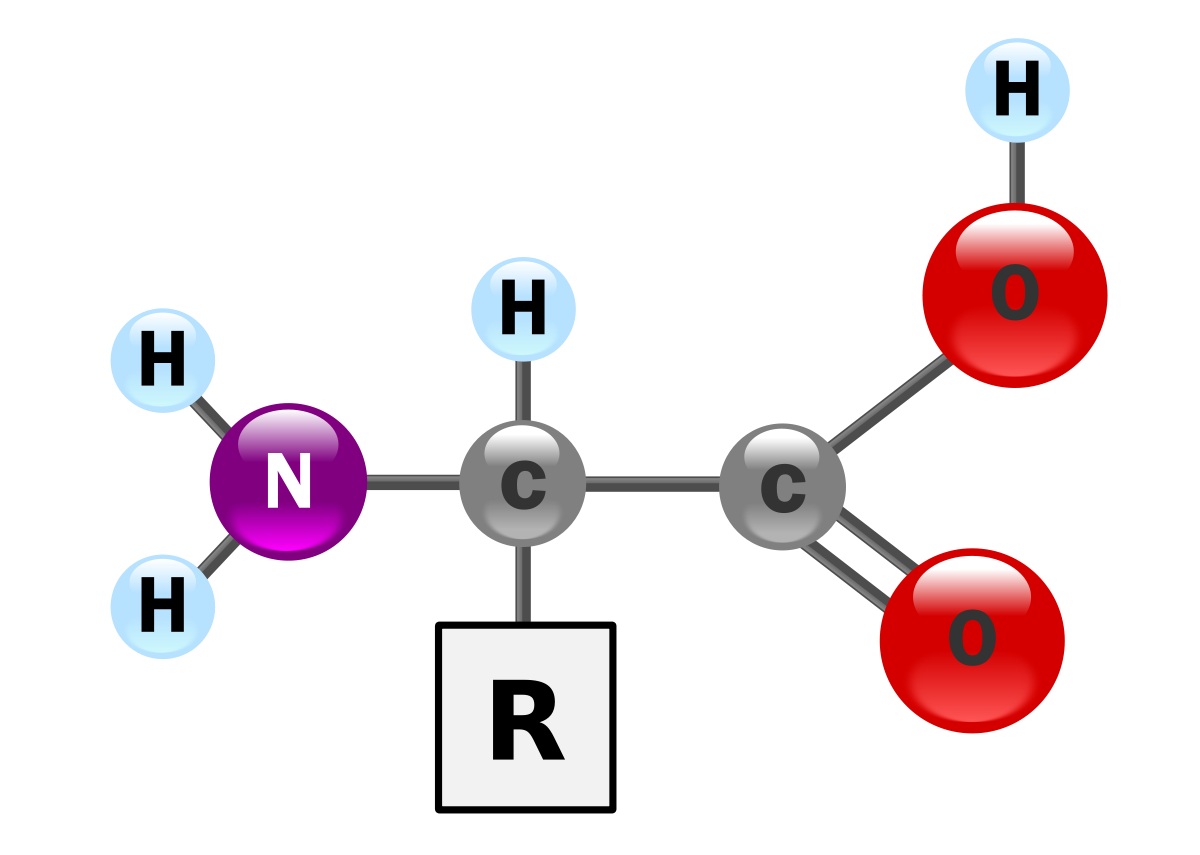 Both ACV and sukang tuba have high levels of amino acids, the building blocks of protein. But in this category, sukang tuba has more amino acids than ACV. While skeptics can argue about the true content of vitamins in coconut sap because of the absence of profound research and because vitamins are water soluble and vulnerable to heat. Amino acids on the other hand are very stable, so the amino acid levels in raw coconut sap are pretty much retained and unaffected by processing. 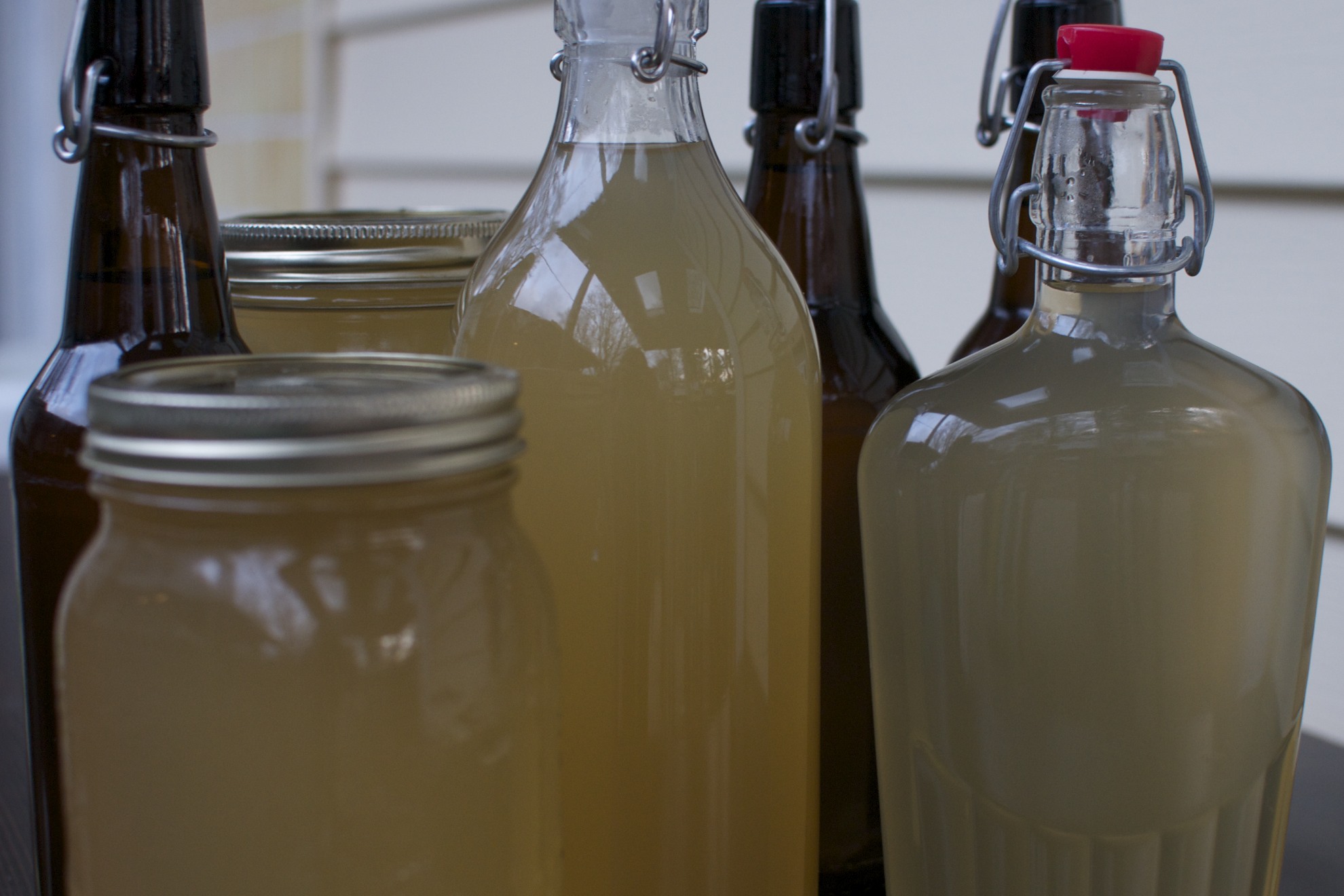 People are going crazy over natural and organic foods these days. Naturally fermented food like our local sukang tuba offers more health benefits than juices and saps that are artificially fermented. It doesn’t take so much to create vinegar out of coconut sap or coconut water for that matter. Simply place the liquid in a tight container (although some would leave them uncovered to encourage yeast growth), and it would naturally ferment in several months. The murky substance in coconut sap vinegar is the vinegar mother, which indicates good fermentation process. Once the liquid has fermented or is sour enough, the mother is removed to prevent spoiling. 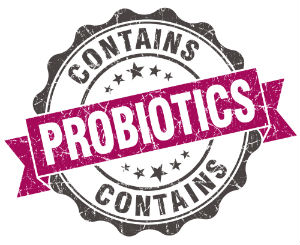 Fermented foods like coconut sap vinegar are rich sources of probiotics, which promote healthy digestion. They have antimicrobial and antibiotic properties that help the body fight against common infections and illnesses. Therefore, cooking or eating with sukang tuba may be as good as drinking the infamous Yakult or other cultured milk drinks in the grocery. 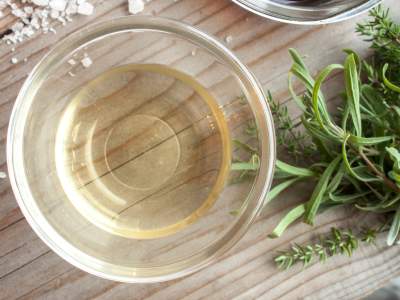 The Philippines, being a tropical country, is a rich source of coconut and coconut products, including coconut sap vinegar. It is not difficult to buy this healthy local vinegar. If you travel the country side, you will find bottles and containers of sukang tuba for sale by local farmers. Spiced sukang tuba is also heavily marketed and widely sold in major groceries. 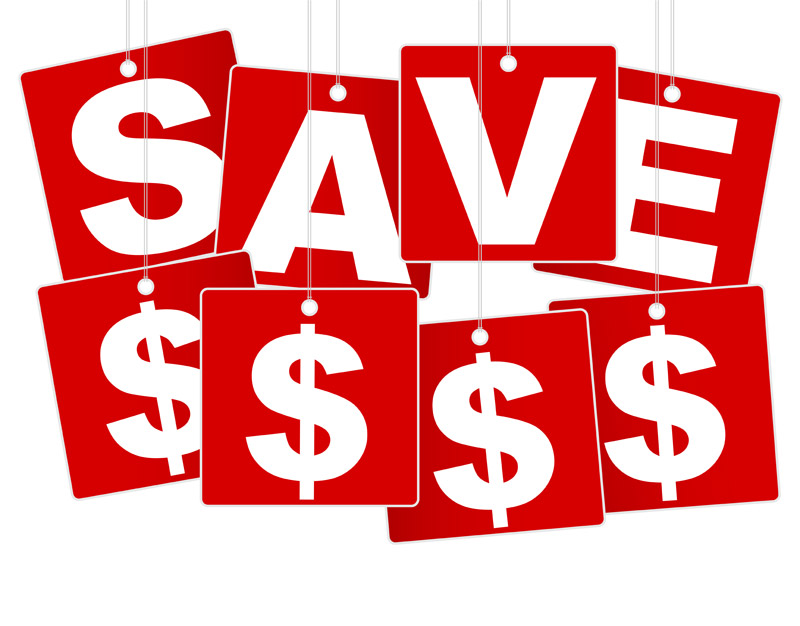 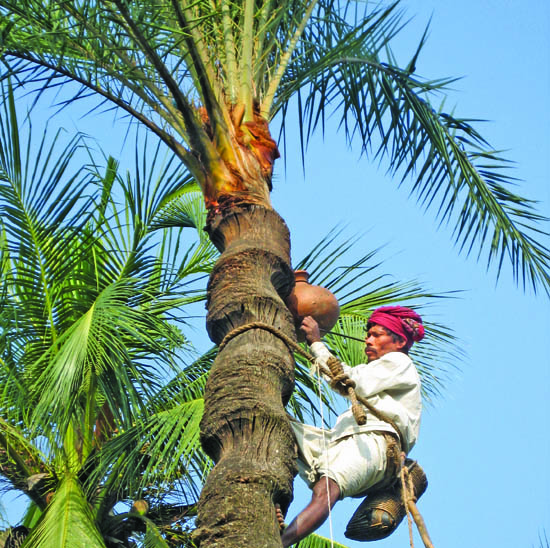 Most if not all of our coconut sap vinegar products are produced by local farmers and Filipino business owners. Buying from our local farmers help provide them a dependable livelihood and source of income. These farmers not only cultivate coconuts to make sukang tuba, but also most of the spices and chilies blended into the liquid to make spiced sukang tuba.

A Word of Caution:

When consumed on its own, coconut sap vinegar doesn’t provide enough nutrients to support bodily functions. It must be paired with other equally nutritious foods, and matched with good exercise and sufficient rest. Commercially bottled sukang tuba that contains spices and artificial flavoring does not have the same nutritional content as pure sukang tuba.

Also, there’s a catch to buying sukang tuba from sources where food sanitation may not be checked and strictly observed. Before using sukang tuba in its uncooked form in salads and sauces, it must be boiled for at least five minutes, placed in sterilized bottles, and stored properly.

The boiling process stops further fermentation because it kills the bacteria in the vinegar including harmful ones, thus preventing amoebic dysentery (amoebiasis) and food poisoning. Pre-boiling is not necessary if sukang tuba is used in cooking. Understand that boiling reduces the vitamin content of food.

Now that we’ve presented the benefits of sukang tuba, do you agree when we say that our local vinegar may actually be the better alternative to ACV? Tell us what you think?