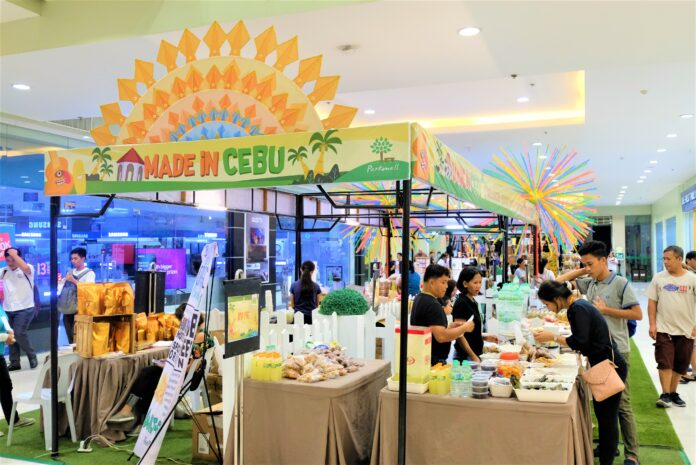 There are so many things that Cebu is known for: grandiose Sinulog festival, white sand beaches, mouth-watering lechon, sweet and savory mangoes, historical destinations, and hospitable people dwelling in the island province. But did you know that, aside from the aforementioned, Cebu is also home to some of your favorite brands?

Cebu is not hailed as the ‘Queen City of the South’ for nothing. As a melting pot of the south, the province’s economic growth continues to expand for centuries thanks to the hardworking and creative entrepreneurs driving Cebu’s (if the country’s) economy.

Not only have these entrepreneurs established Cebuano homegrown brands in the local market, but they have also successfully conquered and cemented their names internationally. Some of these famous brands include Penshopppe, Bo’s Coffee, Island Souvenirs, and Julie’s Bakeshop.

In case you need a little inspiration for your business, here is a quick list of Cebu homegrown brands that have already expanded throughout the country—and even outside the Philippines.

We’ve all seen how Filipino strived through difficulties. Remember how many businesses came to life after Typhoon Odette caused havoc in Cebu? Well, the same way goes for the Cebu-based maker and distributor of the bottled water brand, Nature Spring.

In 1991, the destruction brought by Typhoon Ruping (known as Typhoon Mike) paralyzed the whole island when water springing from deep wells became unsafe and resulted in the outbreak of El Tor, cholera, diarrhea, and hepatitis A.

Cebu businessman Dany Lua saw the need for safe drinking water; hence, the emphasis on drinking from bottled water. Eventually, aided by foreign expert consultants, the first plant and production facility was built, which became the main plant and office located in A.C. Cortes, Mandaue City, Cebu. With the volume of demand increasing, Nature Spring has already expanded to Luzon and Mindanao markets.

Before Uniqlo and streetwear brands swept the RTW section by storm, Penshoppe was the favorite go-to place of many Filipinos. It has ruled the fashion retail industry of the Philippines since it was established as an apparel manufacturing company under the flagship brand of Golden ABC Inc., which was owned by Cebuano businessman Bernie Liu.

Penshoppe became such a massive success that it mushroomed around the different cities and provinces of the Philippines—and even expanded abroad, with a presence in Dubai, Indonesia, Vietnam, Cambodia, and Australia.

Yes, that coffee that you’re probably sipping right now is a proud Cebuano brand. Even before Starbucks and The Coffee Bean & Tea Leaf made waves in the Philippines, Bo’s Coffee already existed way back in 1996.

Founded by Cebuano businessman Steve Benitez, Bo’s Coffee has become one of the country’s leading specialty coffee shops that strictly sources coffee beans from our local farmers in Sagada, Kitanglad, Matutum, and Apo. As of today, Bo’s Coffee has already networked to more than a hundred branches around the Philippines—and one in Qatar!

Founded in 1996 to ‘cater to late-night customers in bowling alleys and movie cinemas’, Harbour City Dimsum House Co. Inc. created Dimsum Break in Cebu to provide affordable Chinese fare to those living in a modern and fast-paced lifestyle. The Cebu-based company started the Ding How Dimsum House restaurant in the streets of Colon in 1969 and expanded over the years to Metro Manila with two other restaurant outlets, including Ding Qua Qua and Harbour City.

French-born businessman Michel Lhuillier may have been a familiar name to you. The CEO of MLhuillier is not only famous for his financial company, but in 2013, he also ventured into gourmet-quality flavored French fries that were made from imported Belgian potatoes. Yes, that savory Mr. Potato!

Mr. Potato instantly became a hit with the Filipino palate with its cheese, barbecue, and sour cream flavors and has now grown into a network of more than 60 stores in the Visayas.

Catering to the diverse cultural tastes of different regions, Hukad’s branch in Cotabato does not serve any pork dishes on its menu. Instead, it offers an equally appetizing alternative, like tofu and bangus sisig, in addition to its seafood, beef, and chicken options.

Giving a fresh take to the cottage-industry type of products, Cebuano businessman Jay Aldeguer founded Islands Souvenirs in 1992 and introduced a new niche for itself, an ultimate pasalubong wherever and whenever you visit a tourist destination around the Philippines.

The young businessman began selling shirts at the White Gold Department Store in Cebu, and when his sales began to balloon, Gaisano also offered him a space.  Islands Souvenirs now has more than 80 stores nationwide, particularly in high-traffic tourist destinations in the Philippines. Most recently, Islands Souvenirs has expanded into the hospitality department, with an island-hopping experience called Islands Banca and budget hotels known as Islands Stay.

Did you know that the first Julie’s Bakeshop was actually opened in Wireless, Mandaue City, Cebu, in 1981? Yes, Julie Gandionco started a humble bakeshop that served classic Filipino staples for breakfast and snacks. The bread served by Julie’s Bakeshop became such a hit that it began to franchise across the country. Four decades later, the famous bakeshop has 450 stores and 100 franchises nationwide.

Let’s admit it, skincare requires a lot of money. To address this concern and make high-quality beauty services available to every Filipino, twins Jennifer and Jasmin Weigel-Sarmiento started Beauty & Beyond in August 2012. The brand has been awarded multiple times for providing high-quality products and services, and it began franchising in 2014 to provide the best aesthetic services at an affordable price.

Of course, how could we miss the ultimate favorite of every Cebuano, especially when going around the mall, Thirsty Fresh Fruit Juice and Shakes? From one outlet located in the Food Court of SM City Cebu, the company has grown tremendously over the years, starting in 1993. In 1996, it was sold to Mr. Bunny Pages and has become the leading provider of great-tasting, all-natural juices, and shakes. At present, Thirsty can be found in over 150 stores scattered around 29 cities around the Philippines.

Even before everyone went crazy with Supreme, streetwear was a common sight in the local scene here in the Philippines. In 2009, Nicolo Nimor founded Nick Automatic and has since branched out well outside Cebu. With its bold color designs and playful vector graphics, the brand has become a favorite among skateboarders, surfers, bike en