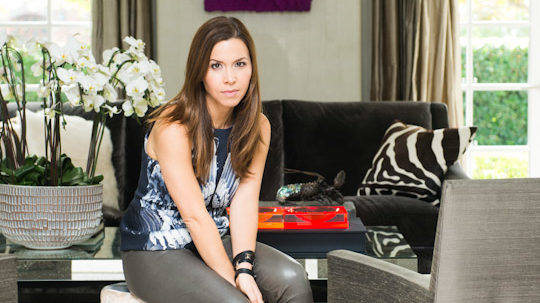 In a world filled with creativity, there is one name that naturally stands out when it comes to luxury and unparalleled glamour for bridal gowns – Monique Lhuillier. Born on September 15, 1971 to parents Michel Lhuillier and Amparito Llamas, the Filipino-American fashion designer and creative director for bridal gown and evening gowns was reared in their house in Cebu City together with her other sister and two brothers. Her sense for sophistication was honed by her father who was a jeweler and diplomat but her love for designing and tailoring was highly influenced by her mother who was a former model and at the same time the creator of their clothes and apparel. Upon seeing the small sewing business of her mother she slowly fell in love and got interested in designing and tailoring.

Monique Lhuillier left for Switzerland at the age of fifteen to study in a boarding school – Chateau Mont–Choisi. Before that, she attended Saint Theresa’s College and was noted to be a very intelligent student who spoke of outstanding academic performance and pursuance of a successful career in fashion designing. She then went to Los Angeles where her brothers also studied and joined the Fashion Institute of Design and Merchandising where she met Tom Bugbee – her soon-to-be husband and father of her two children.

After graduation, Monique Lhuillier got a job in a sportswear company Melivier. However, such fine job didn’t support her creative way of thinking. It was only when Tom and Monique decided to get married when she gave up her work and began her bridal gown creation journey. Much to her dismay, there was not much fashion for bridal wears in 1995. Though she found a dress to wear, this did not meet her creative expectations to some extent. Hence, she began sketching twenty-five dresses for her friends and family to wear for her wedding party. Such dreams and affinity for bridal and evening dresses pushed Monique Lhuillier to launch her bridal line in 1996.

And such was a great success! Many editors and buyers fell in love with her collection. Bugbee, who was always supportive of her wife’s creative visions, then became the CEO of the company. In 2004, Monique Lhuillier gained international attention after creating the wedding dresses for Britney Spears and Emmy Awards dressed for Jamie-Lynn Discala and Allison Janney. She then opened her flagship store in Melrose Place in 2007 and added a New York store in 2012.