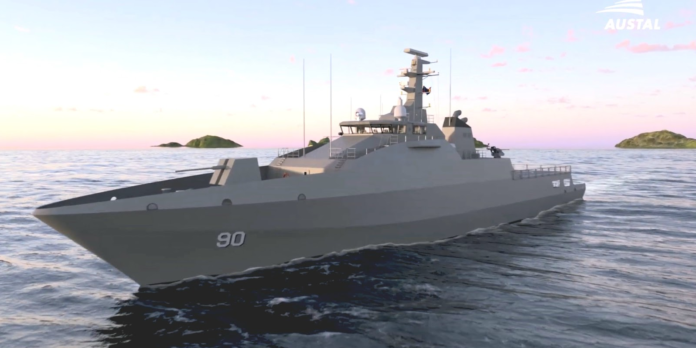 To better improve the ability to monitor the maritime domain of the Philippines, especially with the ongoing dispute in the West Philippine Sea, the Philippine Army has embarked on the acquisition of a new batch of Offshore Patrol Vessels. The Philippine Navy envisions these ships to become the country’s primary asset in patrolling the maritime borders.

The Offshore Patrol Vessel Acquisition Project (also known as OPV) is part of the priority projects of the current administration under the Revised AFP Modernization Program. This supposed to be endorsed for implementation last 2016 but was only given approval to proceed in 2018.

These patrol vessels are said to be capable of sailing in open ocean and rough sea states. With these acquisitions, the Philippine Navy can now better provide security to the territories of the country, as well do surveillance and intelligence as part of the Coast Watch Philippines – a significant component of the AFP’s C4ISTAR System.

The primary role of these OPV is to serve as workhorses on peacetime roles such as doing patrol and surveillance, enforcement of maritime law, gathering of intelligence, HADR missions, and search and rescue. These offshore patrol vessels will replace the existing fleet of patrol vessels which are mostly from the World War II era like Malvar-class patrol craft escorts (PCE).

Excluding the long-standing WWII-era ships, the Philippine Navy has 6 offshore patrol vessels that can still be of service by 2028. These include the three Del Pilar-class and three Jacinto-class. However, basing on the 2012 Desired Forced Mix, the Philippine Navy would still need at least 12 additional OPVs.

In 2019, Australia’s global shipbuilder, Austal came up with a design best suited for Philippine Offshore Patrol Vessels that are great for patrol and can serve a deterrent for exercises and mission it the West Philippine Sea.

A year after, hurdles were cleared to resume the loan negotiation between the Philippines and the primary maritime defense contractor. Australia has always been keen to fund this project in order to bolster the Philippine Navy’s patrol capacity over the disputed West Philippine Sea.

Offshore Patrol Vessels to be made in Cebu

According to reports, Austal plans to build the Offshore Patrol Vessels in its shipyard in Cebu. On its website, Austal emphasized how the Austal Philippine Navy OPV will ‘be built and sustained in the Philippines, by Filipinos, for Filipinos’.

The Austal Philippine Navy OPV features an aviation deck that will enable helicopter and Unmanned Aerial Systems missions. It has been strategically designed with a starboard boat deck and stern well for a safe and rapid launch and recovery of RHIBs to meet the operational needs of the Philippine Navy.

Specifically operated for tropical environments and maritime border operations, it is built with a large aft storage area to facilitate the embarkation of containerized mission modules.

The Austal Shipyard in Cebu was acquired by the leading global shipbuilder for defense and commercial vessels in November 2011. A comprehensive refurbish program was then implemented to establish the best-practices of the shipbuilder to meet its high-standards of quality and safety.

Since then, Austal has provided great value not only in the economy but as well as the to the lives of the employees and the local community. The shipyard is able to increase employment, support local businesses, and improve the standard of living for many families in Cebu.