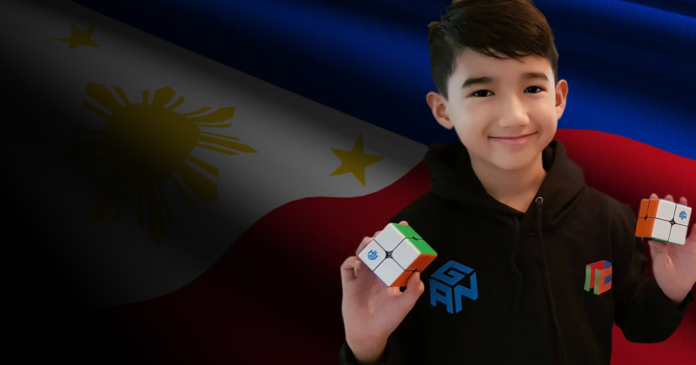 For sure, once in your life, you’ve also dreamed of putting the pieces on the right and solving a Rubik’s cube. Well, brace yourself because a 13-year old Cebuano prodigy is now making his name in the world of Rubik’s Cube solving!

Leo Borromeo is now regarded as one of the best cubers in the Philippines and Asia. At the age of 10, the became the very first Filipino to solve a Rubik’s cube in just six seconds in the 3X3 event in Cebu Open 2017.As if it was not enough, he further impressed the world by defeating two older opponents and world-renowned speedcubers, Tymon Kolasiński (number 1 speedcuber in Europe) and Feliks Zemdegs (current world’s greatest speedcuber), in the recent unofficial online speedcubing competition.

The Cebuano prodigy began cubing in 2014 and just less than three years of self-learning and picking up lessons from YouTube, he joined his first competition at the age of eight. This opened opportunities for him to hang around and learn from fellow speedcubers. His performance dramatically improved that by 2016, he averaged less than 10 seconds in competitions.

The year 2017 became an exemplary year for Leo Borromeo when he set National Records for 3×3 Single (5.96) and average (7.5 seconds). A year after that, he represented the Philippines in the Asian Champions in Taipei, Taiwan where he became a runner-up.

Because of the coronavirus pandemic, the child prodigy, Leo Borromeo spends most of his time competing online. At home, he won several competitions like:

Leo Borromeo strives to improve his standings by joining the official WCA competition once this pandemic is over. He tries to make 100 solves in a day – on top of his assignments.

Like any parent who sees the success of his child, Leo’s father is very proud of his son’s achievements and hopes that the young speedcubing master would be able to apply in life whatever he learns in Rubik’s Cube – analytical, problem solver, and competent but without forgoing the fun.