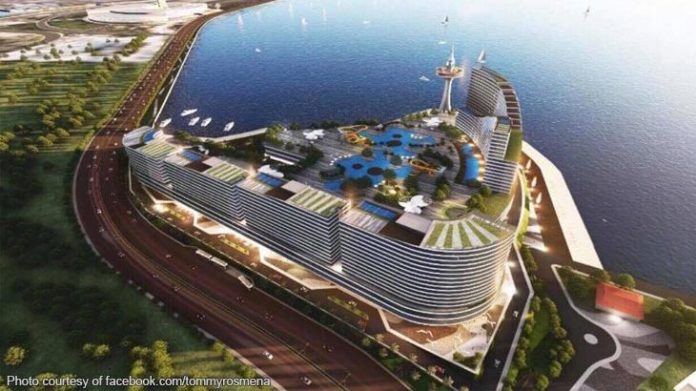 Cebu City has granted the building permit to Gokongwei-led Universal Hotels and Resorts Inc. (UHRI). The Office of the Building Official has allowed the developers to move forward with their Isla de la Victoria project to be built on the South Road Properties (SRP).

The city was able to collect an astounding Php 4.9 million through the building permits for the Kawit Island/ Isla de la Victoria project. The OBO Head and Architect Florante Catalan said that the UHRI was able to complete all the requirements for this multi-billion-peso project by the end of August. That’s how they were able to secure the building permit from the city government.

The issuance of a building permit signifies that the UHRI can now start their development on the largest project up to date in SRP. Moreover, a change of heart and opinion by Mayor Labella allowed them to pour more investments into the project.

Isla de la Victoria/ Kawit Island was a project of former Cebu City Mayor Tomas Osmeña. It was primarily objected to by the opposition party in the city council, which was then led by Labella – who was the vice mayor at that time. The objection was due to the ground that the city wasn’t getting its due share from the project.

After the UHRI developers proposed to invest more in the project, that was then what directed Labella to allow the project to push through. Originally, the proposed investment was Php 18 billion, and the UHRI has increased it to Php 25 billion.

According to present Mayor Labella, the increase in the investment is now acceptable because this will bring the city’s total shares to around 40 percent compared to the original 10 percent. However, he also added that he will not allow the UHRI developers to repossess the adjacent shore of the site because permitting them to do so will make the reclaimed area their property.

The mayor also added that he wants to keep Isla de la Victoria a Cebu City property for all time. This is a great project, which not only will help boost our economy, it will also provide a thousand jobs for those unemployed.

Soothe Your Senses At The Badian Island Wellness Resort

Soothe Your Senses At The Badian Island Wellness Resort