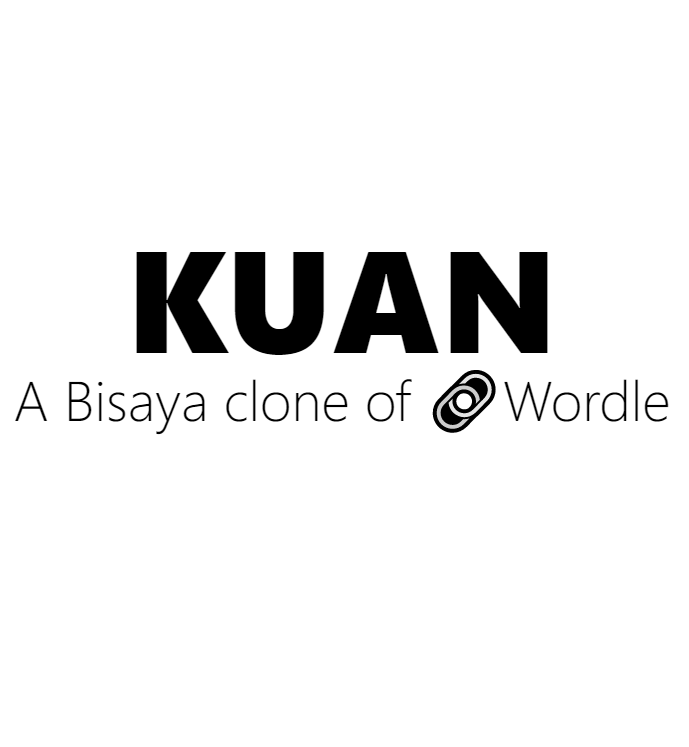 In a world of multiplayer battle arenas and FPS games, it actually came as a surprise how Wordle suddenly became the talk of the town on almost all social media platforms. If you haven’t played this mystery five-letter word game, at least, most probably you’ve come across some of your friends posting gray, green, and yellow square grids on their feeds.

Yes, that’s Wordle – the latest pandemic craze. A very simple puzzle game that has made thousands of people on the Internet fall head over heels.

For those who are unfamiliar with this online game, the objective of Wordle is very simple: guess the five-letter word within six attempts. Each of your guesses must contain five letters for you to hit the ‘submit’ button. After every guess, the color of the tiles will change depending on how close you are to guessing the word: green if the letter is in the right place, yellow if it’s the right letter in the wrong place, and gray if the letter is not in the word at all.

Kuan: The Bisaya Version of Wordle

Taking inspiration from the hit web-based game, startup enthusiasts and stack software developers, Arjay Osma and Mina Opada, built the for-fun project, ‘Kuan’, that works similarly to Wordle – but this time in Bisaya.

Team “MinJay” (an amalgamation of their names) came up with a Bisaya clone of Wordle to challenge your Bisaya vocabulary, as well as help you get familiar with your own mother tongue.

Kuan works the same way as Wordle. A five-letter word puzzle is released daily that users need to guess. Once found out, the aesthetically minimalist graphic chart can be shared on social media platforms – to remind the community that there is something to be solved and encourage them to take part in the guessing game too!

Kuan also has its Tagalog counterpart, Saltong (a combination of Filipino words ‘salita’ and ‘bugtong’) developed by Carl de Guia, which has made renowned personalities like Bianca Gonzales, Bela Padilla, and MJ Felipe entertained in this time of the pandemic.

As a popular filler when Bisaya-speaking individuals cannot think of the right word, ‘Kuan’ has now evolved into an interesting game that will surely keep us guessing until we finally get it all right. Not only that this will keep us entertained as we slowly adjust to the ‘new normal’, it will also enrich our vocabularies and learn more about our native language.

Were you able to decode the word of the day? Check out ‘Kuan’ now!