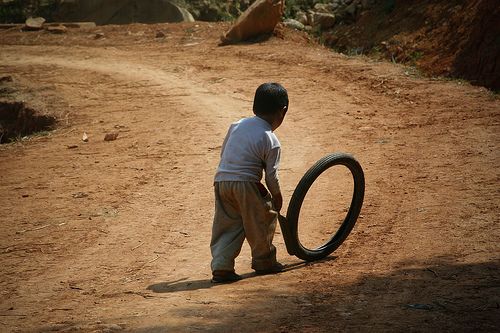 Filipino kids these days grew up in a rather different world. Social media and gadgets have played a significant roles in their lives now. But not us – we the 90’s kids and those who were born in the early 2000. Back then, we can easily breathe and go on with our lives without the internet. We search for practical answers instead of attaching in on a lifeline called Google.

Yeah, we’re old. But it gets a little more exciting to recall and take a trip back down memory lane. Here are some of the cool things we used to do and get amazed with during the ‘90s.

Things only the 90’s Kids can relate to

Don’t get too cocky with your newly-purchased smartphones. You’re titas and titos had way cooler than that before. Back then with our notorious 3310, we are able to customize the phone casings to our favorite colors, characters, and even bias (Dao Ming Zu, Hua Ze Lei, Mei Zuo, and Xi Men). We were even allowed to change the backlight and compose our own songs with our Nokia phones! But our ultimate favorite is to beating each other in Snakes, Space Impact, and Bantumi!

While some would look at beeper as a small, little square with a single screen that looks similar to a digital calculator, to 90’s kids, this is a status symbol back then. Beepers were one of the earliest form of text messaging. This device would literally beep and notify the owner of an incoming page, and they have to find a phone so that they can return the call. Yeah, the entire process would seem bothersome in today’s standards, but it’s great to look back on those days when people really take the time to attend to every of your message and listen to you.

Who would miss the great grandparents of all messaging apps? YM and IRC! Back then, it was such a thing to use usernames and email address with adjectives attached to your real names – remember, pretty_anna, lovely_jacquelyn, strong_marco, etc. And instead of pretending to be offline, people can simply put up a status like busy/do not disturb, idle, or either customize it further! When the group chat has been long-established, members of these groups are then encouraged to show up on “grand eyeballs” to get to know and finally see each other!

You know you’re already an adult when this word immediately rings a bell. Back then, everyone was a coding expert! With this social media, we are able to use HTML to further customize our accounts to our like – like changing the color scheme, borders, adding effects, and even provide background music for those who check our profile. Heck, we can even trace who checked our profile! Friendship back then was tested through our capability of leaving testimonials – which up until now I don’t remember why. For the ultimate titas and titos, it was totally difficult to move from Friendster and Myspace to Facebook because the latter seemed boring.

A visit to a friend or relative’s house is never complete without having to scan those albums placed in the living room. Way before smartphones and DSLRs dominated the photographic landscape of today, there were digicams which took numbers of photos in one sitting, and way before that… there were cameras that used films. And despite the continues evolution, we can’t deny how up until now these vintage films continues to affect how we perceived the aesthetics of photography in general as seen on the presets of today. Moreover, it’s undeniably cool to experience developing those pictures taken – being in a darkroom and firsthand witnessing the magic of photography!

Back when writing letters were such a romantic thing to do, we used to exchange short notes and letters in high school. Instead of crafting overly-cheesy messages and posting them on Facebook for the public to read, we make heartfelt Palanca letters that aim to guide and give advice on how to get through with life – some are even written by our parents!

And just when you think that blogging is only for those who have knack in writing and taking numerous photos, you’re totally wrong. With Multiply, everyone was a blogger! We used to create well-thought of posts and further develop our HTML skills! Others also made this as a platform for selling – yes, one of the earliest forms of online business.

Before the age of your Spotify, there was Walkman and discman which utilizes the CDs and cassette tapes! This then evolved through the use of flashdrives which were used to download music. We used to make lists of our favorite songs before heading to computer shops and them to burn CDs and download music for us!

There was a time when Google can’t answer everything. Even connecting to the internet is such a difficult and tiresome thing to do. Good thing the Microsoft Clippit (paperclip) was there to save the day and literally assisted us in learning to navigate the computer and everything we need to know about it.

If you complain how slow the internet goes when someone’s using YouTube, we’ll you haven’t experienced how slower it gets back we have to manually establish connection with the telephone network in order to connect to the internet. Patience is totally a virtue. So instead of complaining how slow the internet can become, just be glad you already have your broadband and fiber cables.

Complaining how your 256GB is still not enough to store your music, photos, and files? Wait until you’ve tried squeezing all of your important documents in a 1.44 MB floppy disk! It was so important back then that it could sometimes make or break your future and relationship with others!

Believe me, cartoons before can bridge the gap between children and adults. It can even unite people of different races and beliefs. Some of these legendary cartoons include Dragon Ball Z, Ghost Fighter, Sailor Moon, Fushigi Yuugi, Hunter X Hunter, Lupin III, and many others. Can you recall other animes that you’ve watched in the 90’s?

Before KJMS dominated Sunday night shows, Noli De Castro was once the face of spine-chilling low-budget tales of horror that would leave us with nightmares. And even though it scares the hell out of us, we’d torture ourselves of watching it and sleeping late every weekend.