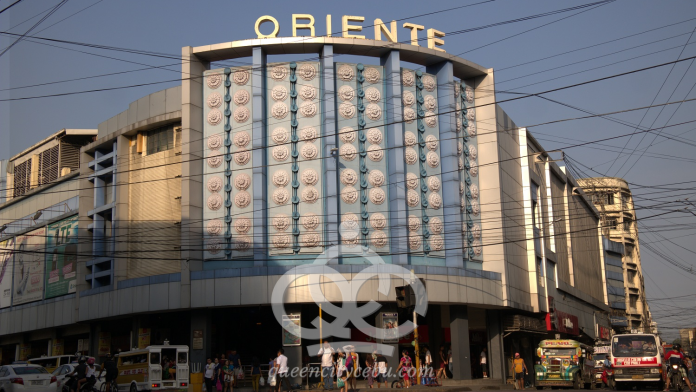 This year is already looking like a great year for films. As you begin to browse for upcoming movies and the best cinemas to enjoy them, have you ever wondered where people in Cebu watch movies before? Here, let’s trip down memory lane and unleash the flicks hidden behind the skyscraping buildings and busy streets of Cebu City.

While Colon Street is known as the oldest and shortest national road in the country, unknown to many is that it is also where the heart of urban Cebuano culture lies before. As it was near the port, where trading happens, Cebuano mestizo families began to establish the social life of the city by making Colon into a business hub. One of the favorite entertainment of Cebuanos before was watching literary-musical and live theater entertainment programs, comedies, dance numbers, operas, and stage plays. Teatro Junquera was the oldest cinema in Cebu which was established in 1895.

Still seeing the potential of theaters even after World War II, Don Jose Avila, one of the mestizos, took interest on investing on a cinema and bought the old Teatro Junquera in 1930s. He then remodeled it and named it as Cinema Oriente. However, the popularity of Oriente declined because of the increase of prostitutes hovering in the area. This then led the Colon Heritage Realty Corp to turn it into a historical landmark which has stood firm as a testimony of Cebuano’s resilience and passion for celebrating life and culture despite adversities. In 2013, the cinema was renovated into digital in 2013 and currently shows latest movies at a more affordable price in comparison to malls with free seating and cleaner room environment. It is located in Colonnade Mall.

The success of Cinema Oriente encouraged Don Jose Avila to venture into another theater which is the Empire Theater. Records say that he was able to acquire the structure from the owner by paying it with a Mercedes Benz motorized karwahe.

Before World War II, an Italian expatriate, sculptor, and professor came to Cebu and decided to open a studio in the corners of Mabini Street and Colon. With the help of Agustin Jereza, they built Vision Theater – a neoclassical-inspired movie theater – in 1930 and began teaching ancient Roman and Greek sculpture. Guidetti sculpted relief sculptures of full-bodied, nude muses from Greek mythology in the façade of the establishments. However, such imagery didn’t earn good tidings from the Cebuanos who were typically conservative at that time. Vision Theater became one of the few structures that stood the test of time after the World War II bombings. It became a popular movie theater in Colon that showed the latest movies. It was also one of the earliest cinemas which were air-conditioned and brought success and more guests to the movie house. However, it shut down after decades. Nonetheless, the Vision Theater remains in business as ticketing shop, money transfer outlet, and DVD shops.

Aside from Vision Theater and Cinema Oriente, many other cinemas rose to structure after the world war like President Victor, Premier, and Majestic Theater. Along the corners of Colon and Legaspi Street thrived Ultra Vistamar and Seven Arts Theaters while Oriente, Ideal, and Rizal Theaters were located around the current Colonnade Mall block. Before Gaisano South rose to accommodate shoppers, it was formerly the Vitina Theater, owned by Victor and Isabel Young. Before students flocked in People’s Educational Supply and Super Delicious Bakery, there once stood the Nation Theater. Notice Sun Gold? It was the Lane Theater before. And the junction of Colon, Borromeo, and Leon Kilat Street? It was the New Lane Cinema. While the same junction on the Borromeo Street beside Bombo Radyo Station was the Omega Theater.

While development brought the rise of many infrastructures in Cebu City, it also caused a gradual decrease in the audience as people began to migrate to newer cinemas inside supermalls. However, the fact that some of these cinemas remain standing could tell that Cebuanos still have the heart to preserve these architectural legacy despite the advent of technology.

What would the future of cinemas look like? Would Cebuanos continue exploit the remains of our history to push for development? Time could only tell.