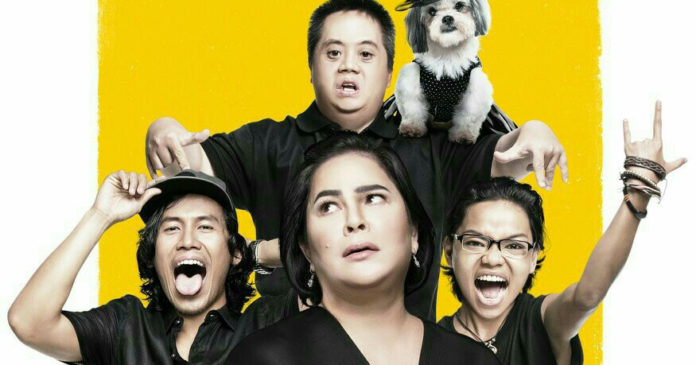 If you badly miss going on road trips with your family and laughing to your heart’s content, then be prepared because one of the funniest Bisaya movies will be streaming this month on Netflix! Yes, ‘Patay na si Hesus’ will officially be taking part in the list of Filipino movies that are now globally streaming on this online platform.

‘Patay na si Hesus’ is a dark comedy film that first premiered at the QCinema International Film Festival in 2016 and won the Audience Choice award and Gender Sensitivity award. It also bagged the Jury’s Choice award at the Pista ng Pelikulang Pilipino in 2017.

‘Patay na si Hesus’ follows the story of Jaclyn Jose (Iyay) who recently learned about the death of her estranged husband, Hesus. She then forces the whole family (Vincent Viado, Chai Fonacier, and Melde Montañez) to go to Dumaguete City from Cebu City to attend the funeral. This then led to a crazy and chaotic road trip of a lifetime – with all its dark humor and satirical moments.

Why you should watch ‘Patay na si Hesus’?

Aside from the fact that we don’t get to see much of Bisaya movies online, this film – even if the conservative audience may find it offensive – typically exudes the unmatched humor of Bisaya people. Some may find it irreverent, but we can’t deny the fact that the heart of the movie is still tied with the Filipinos great love for the family: whoever or whatever they may be.

According to Netflix, ‘Patay na si Hesus’ will be released on December 20. Now, we have something that is totally exciting and worth laughing-out to wait this holiday season!

Buswang Lake House in Asturias, Cebu – and Why It Should Be Part of...