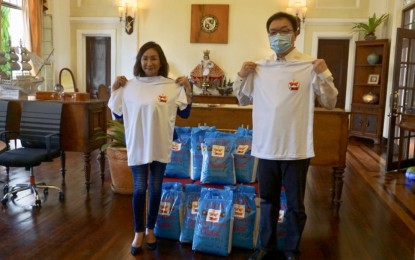 Last June 9, the Consul General of the People’s Republic of China turned over a total of 7,292 bags of rice to the Cebu City and Cebu Provincial government, as well as to the Office of the Presidential Assistance for the Visayas. According to Chinese Consul General in Cebu, Mr. Jia Li, this is the country’s way of showing solidarity with the Filipinos in the fight against COVID-19.

The turnover of rice bags containing 10 kilos each was particularly done in the 9th of June – the 45th anniversary of the establishment of diplomatic relations between the Philippines and China. The said donation to the three offices is said to have amounted to P3.5 million.

Jia believed that joining forces these days in combating the negative effects of the corona virus pandemic will harness a safe, productive, and healthy nation in the future. He emphasized that for a long time, the strategic relationship and cooperation between China and the Philippines has long brought tangible benefits to the people in both countries. With the pandemic as the world’s common enemy, he stressed the importance of promoting cooperation in response to this pandemic – health, treatment programs, vaccines, and prevention and control. Not only that, in order to build a strong China-Philippine relations, both countries must be open and cooperate well in the exchange of investment, trade, tourism, and culture.

China has been supporting the development and stability of the Philippines with its “Belt and Road” initiative which has been realized in the Duterte administration’s “Build, Build, Build” Program.