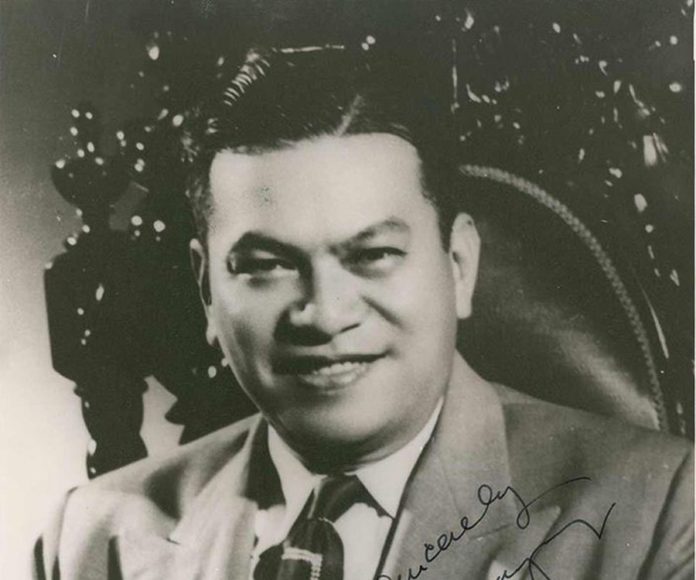 March is a special month because it marks the end of classes, graduation time, and of course the beginning of summer in tropical Philippines.

But there’s one other thing that makes the month of March even more special and commemorative a time for Cebuanos . It is during this month that we remember one of the greatest presidents the Philippines ever had – President Ramon “The Guy” Magsaysay . And this year, Barangay Magsaysay in Balamban, Cebu will hold the good president’s 60th death anniversary celebration.

President Ramon Magsaysay Sr. was already in the last year of his term when he flew to Cebu City on March 16, 1957 to attend to a series of speaking engagements. Despite the long day he had, he insisted on flying back to Manila from then Lahug Airport (now the location of Asiatown IT Park) in Cebu City on board the presidential C-47 plane Mt. Pinatubo.

President Magsaysay never made it alive to Manila. His plane crashed on Mt. Manunggal in Balamban, Cebu on the early hours of March 17, 1957. The accident claimed 24 lives, the president included, although a media man, Nestor Mata, survived the crash and lived to tell about the tragedy.

Because of his pro-Filipino and pro-poor convictions, President Magsaysay became “The People’s President” and “The Champion of the Common Man”. He did exemplary things, which endeared him to his constituents and to many Filipinos even up to this day.

Even before his term as president, Magsaysay strived to do away with corruption and bad governance. As Secretary of National Defense, he purged the ranks of the AFP by firing corrupt military leaders and boosted the image of the armed forces by deploying soldiers to distribute aid to the provincial communities and rural areas. This was a strategy he used to pacify communist rebels in the country back then.

When he became president, Magsaysay continued and maintained good governance. He refused to accept special treatment and vetoed nepotism within the government ranks prohibiting his relatives from taking advantage of his position and power.

The Magsaysay administration was said to be the most corruption-free and cleanest. During the leadership of President Magsaysay, the country was recognized as the second cleanest and most well-government in Asia. If there’s a time in our history where we can call the “Golden Years of the Philippines” it would be from 1953 through 1957, when Ramon Magsaysay was president.

Albeit a loyal ally to the USA, Magsaysay was nevertheless a true president of the people. He promoted local products every occasion he got. He was the first president to wear barong tagalong during his inauguration. He opened the Malacañang Palace to the public and heard the people’s grievances one or two times each week.

Truly, Magsaysay’s administration was of the people, by the people and for the people. Even before his presidency, he sought out the root cause of the common man’s problems and why they rebel and resort to communism as in the case of the Huk rebels. He implemented social and economic reforms, specifically to remote areas, and provided livelihood assistance to surrendering rebels.

Part of his social reform was the provision of land to peasant farmers, who were the most afflicted by poverty and the most likely to take up arms in an effort to fight oppression. He moved to ensure the people a life of decency through the Agricultural Tenancy Act in 1954 and Land Reform Act in 1955. His rural development projects made him successful at reaching out to the rural folks.

Mt. Manunggal, one of Cebu’s highest peaks looks majestic with its pointed, jagged peaks visible from Transcentral Highway of Cebu. It’s mostly serene and rather ordinary on most days. Its calmness disturbed only by the occasional songs of the forest animals, the sounds coming from a handful of locals doing their daily routine, and perhaps the recognizable clamor of curious strangers and happy campers who visit the mountain on weekends and holidays.

But Mt. Manunggal transforms into a vibrant party place every 17th day of March (or the weekend near the date) when Barangay Magsaysay (formerly Barangay Sunog) holds its annual fiesta and at the same time celebrate the death anniversary of a beloved president.

As the crash site of Magsaysay’s presidential plane, Mt. Manunggal became an instant tourist spot. In fact, it is easier now to visit the mountain via a barangay road carved at the back of the range to the right of the Cebu Transcentral Highway past Barangay Gaas. For the more adventurous lots, they take a 3-hour uphill trek through a rough path from Barangays Tabunan, Tagba-o or Gaas, traversing rivers and streams along the way.

The mountain itself holds several mementos of the late president and his tragic flight including a cylinder block of one of Mt. Pinatubo’s plane engines. There’s also a list of the people who died with the president etched on marble laid on the point of impact. To the east of the engine is a chapel, and several steps below stands the monument of the President Magsaysay. There are also public toilets and a spring nearby.

It is customary to hold a religious service held at the chapel and flower offering in the morning of the 17th of March. This are attended by local officials and representatives of the Magsaysay clan. This is usually followed by the annual trek and climb (sometimes a trail run) highlighting the Ramon Magsaysay death anniversary celebration and culminated by an overnight partying and dancing.

Although Mt. Manunggal grounds are rough and uneven, it provides campers, participants, and spectators enough space for setting up tents, a stage and a few stalls, even a cockpit.

Expect that this year’s Ramon Magsaysay death anniversary celebration is nothing less than spectacular. That is if you’re someone who loves the outdoors and nature mixed with modern partying.

Local bands are sure to play throughout the night of the fiesta culmination, so try to fight the urge to hit the sack so early. It won’t be easy to doze off anyway. Not with all the loud music, the loud noises, and of course the occasional stray campers so drunk they can’t find their own tents. It is a fiesta after all so it doesn’t matter whether it’s held along the streets of Mango Avenue or on top of Mt. Manunggal.

But really, each Ramon Magsaysay death anniversary celebration is festive, entertaining and memorable. Local officials, particularly those from Barangay Magsaysay, are keen to keeping peace, order and safety of fiesta goers as well as ensure they have the time of their lives during the event.

If you want some peace and quiet as you pay respects to President Magsaysay, consider visiting Mt. Manunggal on ordinary days, preferably weekdays. Although you can go on weekends during the rainy months as it may be as peaceful and deserted, and you’ll have the mountain all to yourself.

President Magsaysay was a man of humility, dignity, patriotism and honor. He may have died all too sudden and too soon, but never in vain. He left us a memory and a legacy that will forever be engraved in our history. During his few years in service, he transformed and reformed the country in so many ways, and placed the interest of the Filipino people above self, family and friends.

So yes, climb Mt. Manunggal  on the third weekend of March and join in the festivities and fun. But also celebrate the meaningful life of one Ramon del Fierro Magsaysay, Sr. who served our country and our people the best way he knew how. So long as Mt. Manunggal stands, so lives the memory of President Magsaysay.