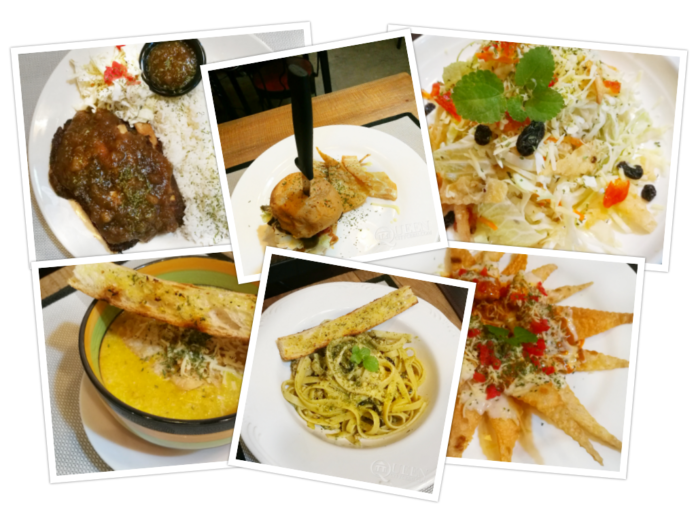 One fine Sunday, after the family church routine, we were uncertain where to eat – AGAIN! Just like most Sundays however, we just headed to the mall where choices abound and this time around, Robinsons Galleria was picked randomly.

After sometime strolling around, the family was quite surprised to hear our papa suggest trying out a rather small, rather new and unknown (not to mention exotic looking restaurant) Sunzibar Saboroso (a mouthful to pronounce I know). 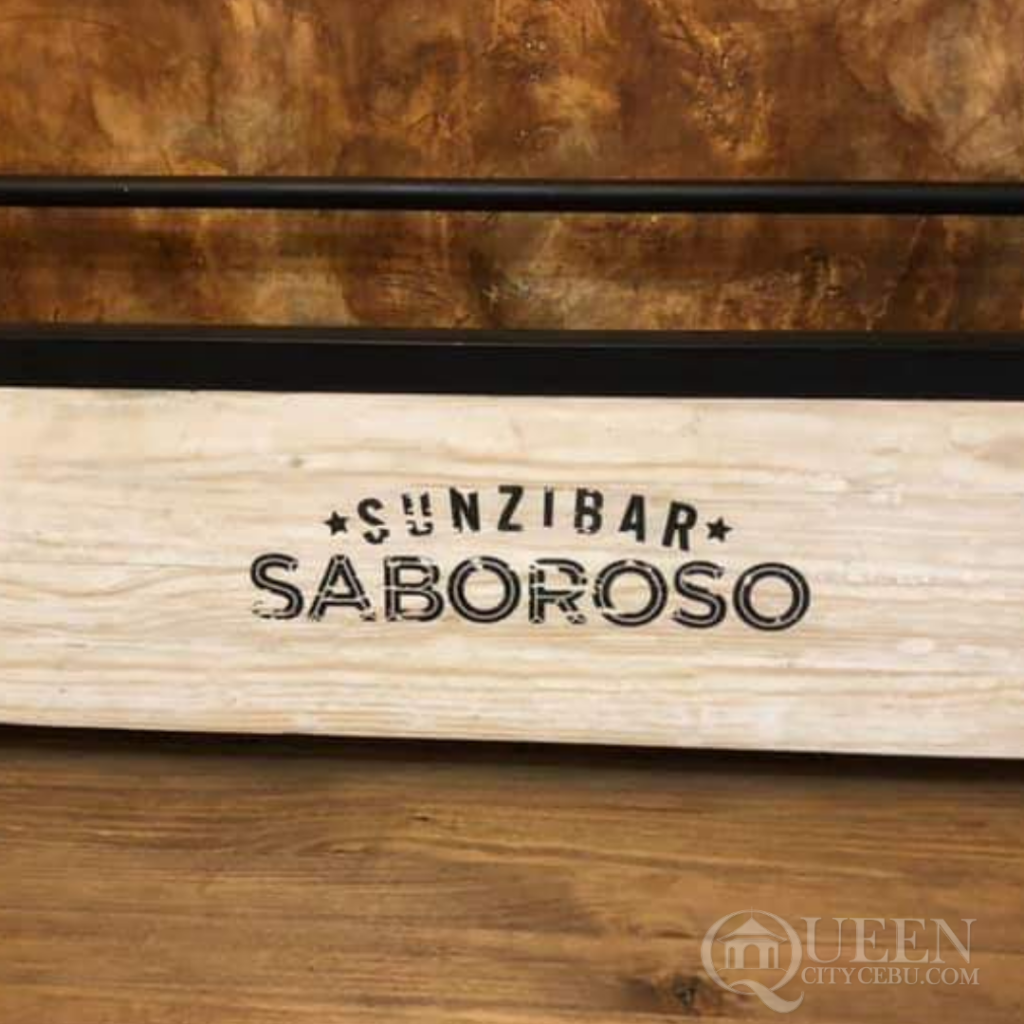 This new to Cebu restaurant serves mostly Mexican inspired cuisine. At that time, they were rather understaffed but to my surprise, they managed to keep us from turning into hungry customers. To keep us entertained, our attendant gave us a crash course about the resto’s background. There we found out that the first SunziBar started in Tacloban. Another plus points to our group since we have relatives the area.

The owners of, Ana Mae Wenceslao and Giovanni Galli of Bistro Cafe, were positive that they will win the hearts of the Cebuanos as well so they decided to open one here judging from how they were able to win the palates of the hard to please people of.

Though at first you would think that the resto is just another one of them hangout place for the younger ones basing from their interior design, but boy you’d be dead wrong! Not saying it’s not a great place to chill with friends, but family diners like our group are definitely not out of place to dine here. I just love how warm and cozy the ambiance here is. Maybe that’s what lured papa to try it out.

The first dishes that came were the Nachos Salad and Garlic Quesadilla – both gone in literally less than 5 minutes! As a testament to how we really liked the Nachos Salad? Another serving was ordered immediately after its somewhat magical “disappearing act”.

Then came their ribs. We were all surprised how big the Rum Ribs were. We happily shared these fall-off-the-bones goodies. And yeah, don’t be fooled by the name. Even our kids didn’t get tipsy from them at all.

As for me, I tried the Sun Burger. Honestly, it wasn’t the size of the burger that I quite expected. However, this burger was the perfect manifestation of the saying, “looks can be deceiving” and “small but terrible”. Regardless of its relatively smaller size compared to other burgers I’ve enjoyed, I was stuffed even when I just finished half of it. Trust me, this one packs a punch. Take it from someone whose appetite is bigger than her body.

As for their drink, everyone had the Redberry Iced Tea because it sounded new to us. Everyone enjoyed it too.

SunziBar is definitely recommended for everyone to try out at least once – from groups of friends to family diners like ours. Be warned though that it’s not your typical spiced up Mexican restaurant, that’s why it’s only a Mexican-inspired one that reminds me of our local favorite, Moon Cafe. If you’re looking for a more authentic Mexican cuisine, I’d highly recommend Red Lizard or El Taquito. If you can, best call them ahead to make a reservation because the place can only hold about 20 diners at a time. Their contact detail is: (032) 232 3906 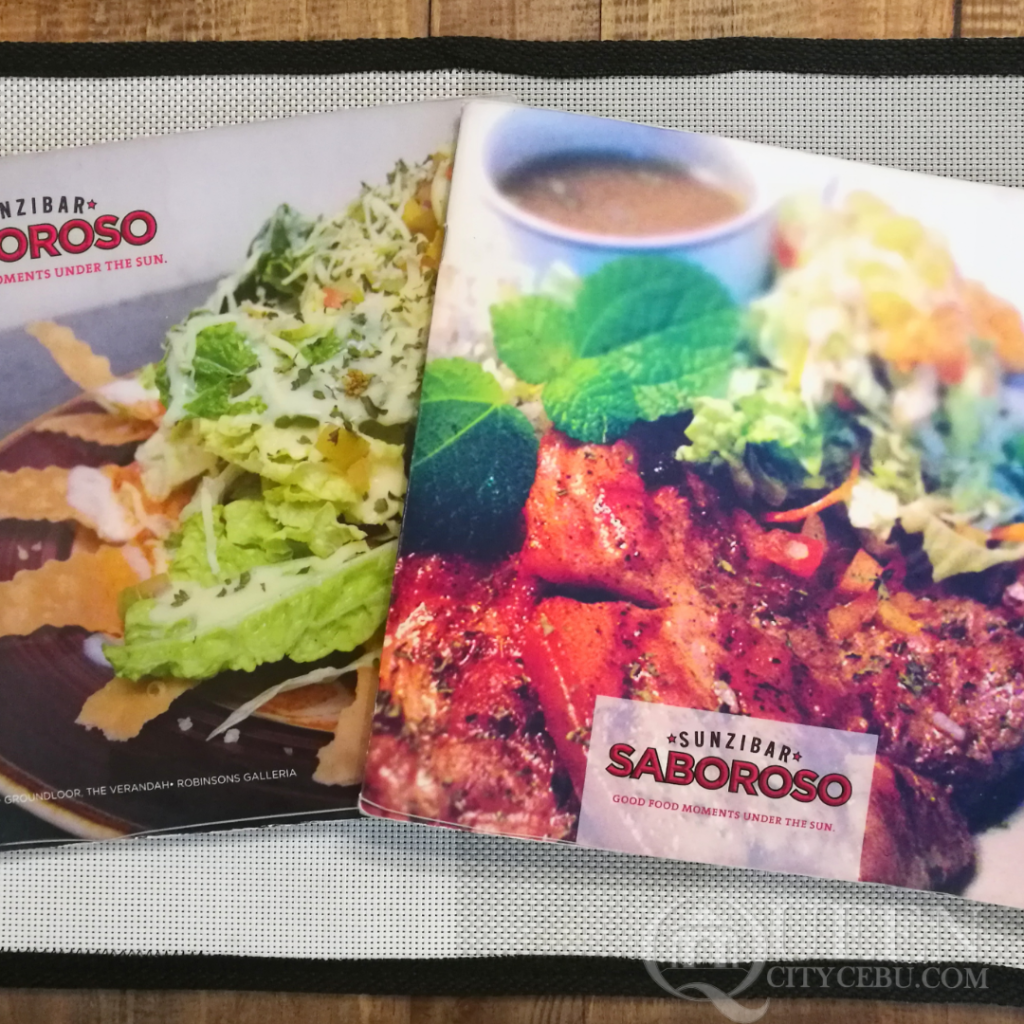 The restaurant is located just at the ground floor of Robinsons Galleria Cebu, just beside Abaca Baking Company, near the mall’s fountain.

P25,000 No Collateral & No Interest Loans to Help Farmers, Fishermen Affected by Covid-19

Japanese Government to use $12.5B to Pay Part of Travel Expenses BUT Should You...

P25,000 No Collateral & No Interest Loans to Help Farmers, Fishermen...

Japanese Government to use $12.5B to Pay Part of Travel Expenses...

DTI permits Micro-to-Medium Enterprises Up to Php 500,000 Loans after the...

FREE eLibrary for learners brought to us by Globe and DepEd