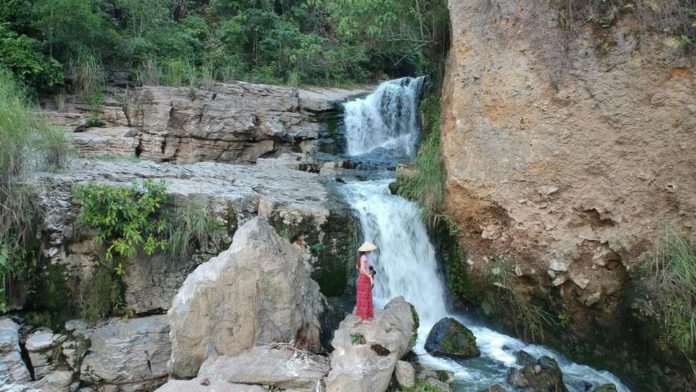 The municipality of Toledo is deemed and also known as “The Copper City with a Heart of Gold”. The town’s main sources of livelihood are fishing, trading, and agriculture. And Toledo City is famous and for its huge mining industry owned by the Atlas Consolidated Mining and Development Corporation.

In the past, the town was called Hinulawan – named after the river in the area. And it is said that the river’s name is supposedly a fusion of two Cebuano words “hinaguan” which translates to fruits of labor; and “bulawan” which means gold.

Then it was renamed after one of the provinces in Spain when it was re-established as a new town. The re-establishment was founded by Fermin Poloyapoy,  Francisco Rodriguez, Francisco Blanco, Agapito Nieves, Juan Libre, Jestoni Estrada, Servando de Jesus, Jacinto Lopez, and Maximo Macapobre.

Toledo also became a chartered city on the 19th of June, 1960 under the Republic Act No. 2688, authored by the late representative of the 6th District of Cebu, Congressman Manuel A. Zosa.

A lot of the festivals in the towns of Cebu are names after a delicacy or resource in their locality, for example, the Cassava Festival of Camotes, Budbud Kabog Festival of Catmon and Queseo Festival of Compostela. While some towns have festivals named after the old name and Toledo is one of them. Hence, their festival is called Hinulawan.

Toledo’s Hinulawan Festival is one of the most awaited events in the municipality. The festival is celebrated every year on the 12th of June and inspired by the river in the area. The cultural dances presented during the festival accentuates the history and even the present day of Toledo City. The four main traits of the city can also be seen in the dances, these traits are Golden Harvest, Golden Friendship, Golden Faith, and Golden Treasure.

Like many other festivals in Cebu, cultural nights and trade fairs are common and happens even days before the actual day of the festival. Moreover, the city also holds a beauty pageant, talents night and even a government employees’ night.

And since the Hinulawan Festival is on the same day as the Philippine Independence Day, there is also a flag-raising activity in the Toledo City Hall.

A must-visit on your trip to Toledo is the Capilla Sta. Ana Museum which houses ancient relics and religious artifacts. Owned by a Toledo resident and her Canadian husband, the Overs built the small chapel and turned it into a museum. There are 5 rooms that serve as prayer rooms, classrooms, baptistry, and a museum to Renaissance paintings, sculptures, and antiques. Before you see the Labyrinth, you’ll have a historical tour first inside the museum and tourists would need to pay a little fee to get inside the museum.

Next to the museum is the popular maze known as the Labyrinth of Toledo City. This small garden will remind you of labyrinths found in elegant palaces in Europe – like in France and Italy. The place is famous for photoshoots, the owners have put up a ladder where one can climb so they can take a nice photo of the maze.

Getting there: The Capilla Sta. Ana Museum and Labyrinth are located in 920 Diosdado Macapagal Highway, Poblacion, Toledo City, Cebu. Take a bus headed to Toledo from the Cebu South Bus Terminal. Tell the driver to drop you off at the Capilla Sta. Ana Chapel in Toledo.

A picturesque waterscape that can only be found in Toledo, the Biga Pit. Though it is not a good place to take a dip it’s a good place to take nice photos – as it makes a really nice background. And as stated in the website of Carmen Copper Corporation, the Biga Pit is the residue storage facility where mine tailings are stored. It’s been indicated that the pH level of the water there is from 7.5 to 8 and that some fishes are able to thrive in it.

People who wishes to see or take a quick stop at the Biga Pit are only allowed to see it for educational purposes and not as an adventure destination like when visiting lakes or falls, etc.. Also, people can only see the pit from the top and they’re not allowed to go down to the pit itself.

Malubog Lake is a popular natural attraction and known for its tranquility in the city of Toledo. Aside from the attractive mountain tops surrounding the lake, it’s the fascinating story behind the legends that make the lake more famous all throughout the province.

Did you know that the Malubog Lake is in fact an artificial lake? I would never have guessed that since it looks so natural in its beauty. The lake was created after a dam was built on the Malubog Creek in the ‘70s. The dam was made to provide a steady supply of fresh water for the mining operations in the area.

Residents used to grow rice and corn on the area, and since the mining operation – it has stopped. In return, the local government and mining company filled the lake with a variety of fishes so that the residents may have some food.

Like many other lakes around the country, there’s a tale behind the Malubog lake. The story tells of a giant octopus called “Mantaga” that lives in the lake. And it supposedly takes those who misbehave around the lake. As well as paranormal sightings around the lake. That’s why when you go and visit the place, you should be respectful and careful with your actions.

Another natural attraction just nearby the Malubog Lake is the Malubog Falls – which is equally fascinating and a must-see on your Toledo trip. Before you can get to the falls, you’ll have to take a short hike and cross the lake by the shallow area. When you get to the falls, you’re not allowed to take a dip in there though. Apparently the waterfall is made up of toxic waste and chemicals coming from the Biga Pit. That’s why you’ll notice the similarity in color of the water here and the Biga Pit.

So, enjoy the view and take lots of photos. But please respect nature, greet the locals and leave nothing but footprints..

Getting there: Take a bus headed to Toledo from the Cebu South Bus Terminal. When you get to Toledo proper, get a jeepney to Magdugo Elementary School. Then when you get to the school, get a habal-habal or a motorcycle ride to the barangay hall of Brgy. General Climaco. From the barangay hall, you can start your hike going to the lake & falls. It’s best to get a guide to help you on your trip.

Toledo offers a breathtaking view of the Malubog Lake from the Tagaytay Hills. The trail getting to the top of the hills isn’t that difficult and won’t take long. A panoramic view of the lake will greet you when you get to the summit of the hill and we guarantee you will love it.

Tagaytay Hills also looks like a sweet location for a picnic lunch. Share fun stories and good food with your friends and loved ones, under the sun all while breathing the sweet fresh air. You can also find refuge under this big tree’s shade.

For more tips on getting to Tagaytay Hills, click here.

Great big rock formations, clean flowing water – the Manutu River also called as Manulu-tulu by the locals – is a must-see on your next trip to Toledo. You will have to be extra careful when walking over the rocks or climbing up on them when you want to take photos on top. Also, you can ask your guide as to which route is the best one to take for you as a group. Some routes can be an easy one, while some aren’t intended for beginners.

As you hike your way to the Manutu River in Casoy, Toledo – you will notice how the water will get deeper and greener. And the rocks will get bigger, even big enough for you and your friends to climb up on them and snap photos together. The water here is inviting, be sure to take extra clothes with you so you can enjoy it more and take a dip in the river.

The trail going to Mt. Bucao in General Climaco will start off as easy. However, as you get deeper into your trail – it will get steeper and more challenging. Hopefully, it doesn’t rain when you do your hike to this peak, as it’ll make the hike more challenging if the earth was muddy and slippery. It’s best to have a guide when you decide to take on these trails, so as to avoid getting lost and following the wrong path.

Once you get to the vantage point of Mt. Bucao, all will be worth it – the challenging trail and all. You will also pass by some small farms and the New Bucao Elementary School. At the peak, you will get to enjoy the panoramic view of the other peaks in the area, as well as the Malubog Lake.

After you enjoy the Bucao Peak, you can then proceed and hike to another scenic mountain top – Mt. Tagaytay. You have to note that Tagaytay Hills is different from Mount Tagaytay, okay? 🙂 The trail to Mt. Tagaytay is better though since it isn’t as challenging as the one to Mt. Bucao. Again, it’s better to have someone guide you to the peak, preferably a local.

Toledo City is located approximately 50 KM west of the city of Cebu. It takes up 1.5 to 2 hours to get there from the city proper, depending on which route you will take.

CAR: The most convenient way to get to Toledo is through a private or rental car. Just type in Toledo City, Cebu on Google Maps or Waze and follow the directions to get there.

BUS: Take a bus headed to Toledo from the Cebu South Bus Terminal. The trip should take about 1 and a half hour only.