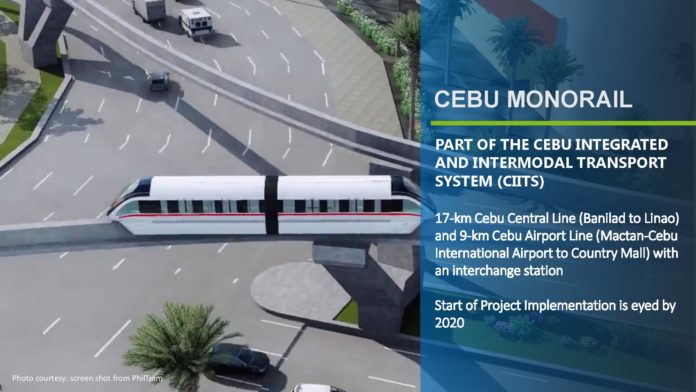 Each commuting day in Metro Cebu is a battle. You need to have the strength to withstand other passengers, energy to chase after running vehicles, and patience in battling with the seemingly unending traffic.  Comfort has long stayed in the sidelines when commuting. But what if there could be a better solution that could alleviate this struggle aside from the Bus Rapid Transit and Light Rail Transit? Will you be willing to embrace it?

The president of Socor Construction Corp., Fortunato Sanchez Jr., presented the ART or Aerial Ropeway Transit as another means of transport system that would best complement with the ongoing Bus Rapid Transit in Cebu City and the proposed Light Rail Transit that is expected to be operated across Metro Cebu. It is being pushed right now in order to help in addressing the traffic congestion as it would only take 18 month for construction. Its operation is believed to solve the P1.1 billion loss of Metro Cebu which is caused by traffic; more so with the thousands of residents affected daily by this problem.

A pre-feasibility study for this cable system is being conducted and sponsored by an Austrian-based company that manufactures cabins and sets up aerial ropeway transit. Through this, the viability, costs, strategic locations, and passenger capacity will be determined. By the end of 2019, the results will then be presented to the Department of Transportation and potential investors. Most likely, this cable system would be implemented through a Public-Private Partnership.

Last July 6, Transportation Secretary visited Cebu and did an ocular inspection no less and stated a partial start of operations for the cable car system along with the mono rail and the BRT by the end of 2021.

Seeing its great potential, National Economic Development Authority Regional Director Efren Carreon said that this would really complement the ongoing projects for mass transport as observed on other countries. Sanchez also said that this system can accommodate to an equivalent of 200 passengers with its speed of 22 kilometers per hour – given 2 lines for Cebu City and Mandaue City and 1 line for Lapu-lapu City.

Mactan-Cebu International Airport Authority (MCIAA) and GMR Megawide Cebu Airport Corp. (GMCAC) are also evaluating the feasibility of this mode of transportation to provide alternative means aside from crossing the heavily trafficked bridges. The initial idea is to directly connect Mandaue City to the airport to minimize travel time to the airport. MCIAA General Manager Steve Dicdican stated: that when you look at the ridership that the airport can generate, cable cars are ideal. You know already how many people will avail (themselves) of the service and we will create a transportation that will be sufficient for that market. We feel that cable cars are sufficient for our needs in the airport.

No update yet on the GMCAC’s site up until now but as always, we’re hopeful this will also come into fruition along with the other means to help our worsening traffic conditions.

What solution are you most excited about? Feel free to share your thoughts on the comments below.

As of today, the Department of Transpoprtation (DoTr) through their official Facebook page has given us an update on the Cebu Monorail plan with the following details:

*17 km stretch from Banilad Cebu City to Linao Talisay to be called the Cebu Central Line.
* 9 km stretch from Cebu to Mactan to be known as the Cebu Airpot Line.
* The monorail is eyed to be started by 2020 already!