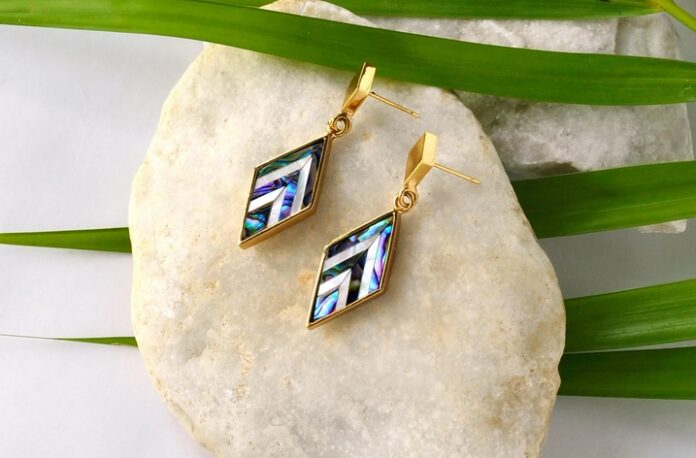 Ingenuity has always been embedded in every Filipino. Despite the lack of resources – and ironically abundance thereof – Filipinos have always strived to make do with whatever is made available to them.

As an archipelago, the country screams of abundance in terms of aquatic resources. The sad news is that, with the progressing demands from our seas, overfishing and illegal gathering of these resources has threatened and endangered many of our endemic marine animals and resources – including one of the most commonly used materials for accessories, shells.

In an effort to help counter these problems, homegrown Cebuana jewelry designer, Susanne Verallo creatively upcycled shell offcuts and overruns from other shell-craft companies and turn them into magnificent handcrafted works of art which will be presented in the upcoming New York Jewelry Week this coming November.

Get to Know the Cebuana Jewelry Designer

The genius behind Una Artesana, Susanne Verallo, is a Cebu City-based designer who finished her Bachelor’s degree in Interior Design from the University of San Carlos and Master’s Degree in Product Design from Domus Academy in Milan, Italy.

Fascinated by history, mythology, and ancient culture, the young jewelry designer made modern and mindful twists on shell jewelry and accessories. To do this, she tapped the local independent artisans of Cebu. Partnering with these locals did not only help support their livelihood but also showcased the unique ethnic beauty of Philippine artistry.

Combining her interest and knowledge of Philippine precolonial practices and culture with her Italian training, Susanne came up with unique designs that speak volumes of Filipino craftsmanship, significant stories often taken for granted by many, and heritage that is slowly forgotten by globalization.

Jewelry That Celebrates the Culture, History, and Artistry of the Filipinos

Despite the efforts of colonizers to totally erase pre-colonial practices, many of our tribal groups have successfully preserved them. Thanks to our historians who placed their hearts into the study of our culture, many references were also published to help the current generation look back and appreciate the ingenuity and resourcefulness of our Filipinos.

Even before time, people from the Visayas have always been known to be creative; hence, the term Pintados – a name given to the people coming from the Visayas which means “painted ones” relatively describing the heavily tattooed bodies of the early Filipinos dwelling in the islands found in the middle of the Philippines.

But these tattoos are not simply adorations. The ritual of tattooing is an act rightfully deserved by brave warriors who have fiercely won battles – a symbol of bravery and pride. As for women, these were the status of beauty and fertility. While this practice was largely wiped out during the Spanish colonization, there are some tribes up in the mountains of Cordillera and down south of Mindanao who were able to preserve this cultural heritage, like the renowned mambabatok of Kalinga, Apo Whang-Od.

And this is just the tip of the iceberg when we talk about ethnic ingenuity. Explore further the “Land of Promise” and you will discover the ingenuity of South Cotabato’s Dreamweavers and Bangsamoro’s intricate malong designs and okir. Up north, you will be amazed by the culture and tradition of the natives of Cordillera. Going west, there’s the Tau’t Bato of Palawan and many other culturally-rich practices done by the minorities dwelling in the Philippine population.

Inspired by all these, Susanne immersed herself fully in Philippine craftsmanship and came up with designs that strictly pay attention to all the details needed to narrate the story of Filipino history and culture. She has worked with local master craftsmen who have worked with shells for decades using traditional techniques and with meticulous attention to detail. See the beautifully inlaid pieces of jewelry made by Cebuano craftsmen and designed by Susanne here.