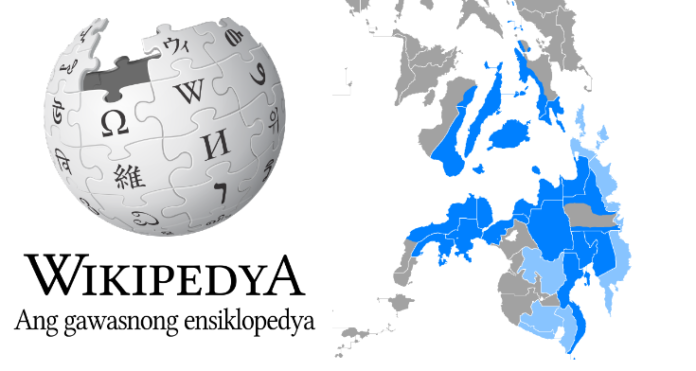 Yes, you’ve read it right: Cebuano Wikipedia is the second-largest edition of Wikipedia! It only lags the English version by only 630 thousand articles and stands ahead of the Swedish and German editions by over 1.64 and 2.98 million articles respectively.

To be able to achieve Wikipedia’s goal of providing free widely accessible encyclopedia to all, it has developed several languages called “editions” – and one of these is the Cebuano Wikipedia. Reigning on top, of course, is the English edition that has already surpassed six million articles.

While “Sinugboanong Binisaya” has more than five million articles, it’s position as the second-largest edition of Wikipedia is rather odd. If you look closely at the data, all these 5.37 million articles were accessed by only 6 administrators and 184 active users in comparison to the English edition with 1,114 administrators and 127,117 users. And for a language that is approximately spoken by 16.5 million speakers in the Philippines, how could it reach such a number of articles?

Well, according to the research done by Motherboard and information shared by global administrators who combat vandalism across Wikipedia editions, this is actually due to the use of ‘bots’ – the automated tools that carry out repetitive and mundane tasks that also generate Wikipedia entries. While the English Wikipedia and other editions only use these ‘bots’ to perform repetitive tasks, editions like Cebuano have used them to write content!

“Lsjbot”, the bot that has been writing the Cebuano Wikipedia, was created by the Swedish physicist Sverker Johansson. This was responsible for the creation of more than 24 of the edition’s 29.5 million edits! Not only that, according to the research done by another global administrator, Guilherme Morandini, this bot has also created 5,331,028 of the edition’s 5,378,570 articles, or 99.12 percent of its article creations! In short, this bot has actually taken over the Cebuano edition from its supposedly human editors.

But no worries though because bots are technically products of people. And these bots did not really take over the project; rather, they just simply disincentivized the articles. Funny however because Lsjbot has made more edits than the actual number of Cebuano speakers.

Nonetheless, having an edition’s content majorly written by a single bot could be a double-edged sword as it could raise concerns over the quality of articles it creates. Ultimately, this boils down to the need for more human editors knowledgeable in multiple languages to help expand the content, review, improve, and clean up the articles that these bots have made. But, as long-time global administrator shared, maybe this could be what the future looks like: bots doing everything that a human can.