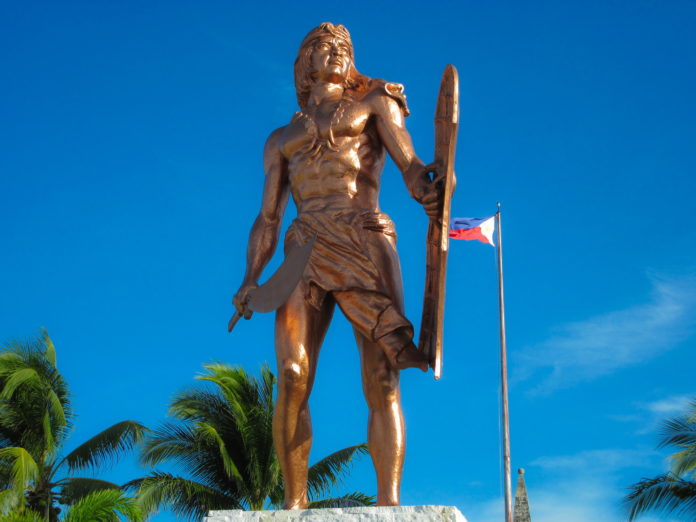 When you say Filipino hero, Jose Rizal is no doubt the most famous of them all. However, hundreds of valiant men and women are worthy of mention. They too were instrumental to our country’s liberation from foreign oppressors and other social plagues. During our country’s darkest times, heroes across the archipelago rose up to the challenge. Cebuanos, of course, had their moment of gallantry. Let’s get to know some of the bravest, most selfless Cebuanos.

This notable hero hails from the island of Mactan, now part of the province of Cebu. Lapu-lapu, then Mactan chieftain, became the country’s and Cebu’s first hero for resisting Spanish colonization. During the Battle of Mactan on April 27, 1521, the brave Lapu-Lapu and his warriors defeated Ferdinand Magellan’s troops, resulting in the latter’s death.

Pedro and Benigna were siblings from Barili, the children of an affluent trader. They were not directly involved with the revolution, but made epic contributions to society during their lifetime. They donated all of their wealth to build and support the Hospicio de San José de Barili, as well as sponsor education for young Cebuanos taking up medicine and pharmacy. The Hospicio became the first charitable institution in the country via private funding.

Mateo Luga was not originally Cebuano, but became one of the 100 prominent Cebuano natives due to his contribution to the rebellion in Cebu. Born in the province of Isabela, this brave Ibanag harnessed his combat skills after joining the Katipunan in 1896. Emilio Aguinaldo and Antonio Luna sent him as advisor the revolutionary government in Cebu established by Arcadio Maxilom and Juan Climaco. Luga was a cunning and slippery fighter, able to lead raids and battles that often jeopardize American opponents. He surrendered to American forces in 1901, joined and later resigned from the constabulary.

Pantaleon Villegas wasn’t a native of Cebu, but became one of the prominent names of the rebellion, paving the victory of his successor, Arcadio Maxilom. Born in Bacong, Negros Oriental, Leon Kilat came to the province working odd jobs as a drugstore and bakery attendant. He became an active member of the Katipunan after joining a Katipunero-owned circus. Leon Kilat allegedly carried several anting-antings or amulets that gave him superhuman abilities. He led the first major battle in Cebu, which occurred in what is now Tres de Abril street. But it was a losing battle and the Katipuneros retreated to Kabkab (Carcar), where Leon Kilat was betrayed and assassinated.

One of the longest stretches of modern-day roads in Cebu is aptly named after
this valiant general born in Tuburan. A former teacher, he was strategic and composed. He took over the Cebuano revolution after Leon Kilat’s untimely death. Under his lead, the Katipunan regrouped in the mountainous parts of central Cebu and successfully caused the Spanish to surrender and leave the province by Christmas Eve of 1898. Post-Spanish rule, General Maxilom was one of the few who rejected the American occupation, but eventually surrendered to the new colonial power.

Although Juan Climaco was gobernadorcillo of Toledo and enjoyed an affluent life back in the day, he sought freedom from the colonizers, as did his Filipino brothers and sisters. He used his wealth to support the revolution and became the “Brains of the Resistance.” He not only fought against the Spanish, but also the Americans. He finally surrendered to the American colonial power together with Arcadio Maxilom. Climaco became governor of Cebu twice in 1902 and in 1904, and was instrumental to the construction of the Tabunok-Toledo road during his term.

Francisco Llamas fought alongside Eugenio Gines to defend the left column of the battle in V. Rama Avenue and Tres de Abril Street. Meanwhile, Leon Kilat and Alejo Miñoza defended the center column. This was a win for the Katipunan, although a brief one. The Spanish troops regrouped at Fort San Pedro, while the Katipuneros retreated to Carcar where Leon Kilat was assassinated. Llamas ultimately disbanded from Maxilom and Climaco and created his own independent army.

Flores was one of the pioneering members of the Katipunan in Cebu. He became the president of the revolutionary government in Cebu established on April 3, 1898. On November 25 of the same year, he delegated Emilio Verdeflor the duty of forming revolutionary municipal governments throughout the province as per Aguinaldo’s decree dated June 18, 1898. The first Philippine Republic in Cebu was formed when Pablo Meija turnover Spanish rule in Cebu to Flores on December 29, 1898. Flores was elected president of the Cebu provincial council a day later. In February the following year, he regretfully signed the document surrendering Cebu to the Americans.

Tabal led Cebuano rebels to a bloody battle against the Spanish army on September 28, 1898 in Pardo.

Gonzales and Cavan were appointed leaders by Leon Kilat. They were arrested and tortured, but never spoke against the Katipunan. Hence, they were named as the first martyrs of the Cebu revolution.

Hundreds if not thousands of equally valiant and self-sacrificing Cebuanos had stood their ground and fought for our country. Sadly, we cannot mention all of them. Named or unnamed, all these heroes deserve our reverence. With blood, sweat and tears they endured the long and hard battles. All they ever wanted was for us “who are left behind can enjoy the fruits of the freedom [they] have been hoping for” ~ Mateo Luga, January 23, 1924

Cebuano Contributions To The Philippine Independence

Cebuano Contributions To The Philippine Independence