This is something I’m sure not many of you know. There are actually stores (more than 1) unmanned stores in Cebu. Unmanned meaning nobody is guarding it at all – unlike every other store in the country where at least 1 staff is always there to attend to customers mainly for “business purpose” of course.

These stores on the other hand trusts its customers’ honesty to just pick what they want and pay for it all by themselves with only heaven above as the witness! Sounds impossible to most isn’t it? But for these 3 stores, it sure isn’t! 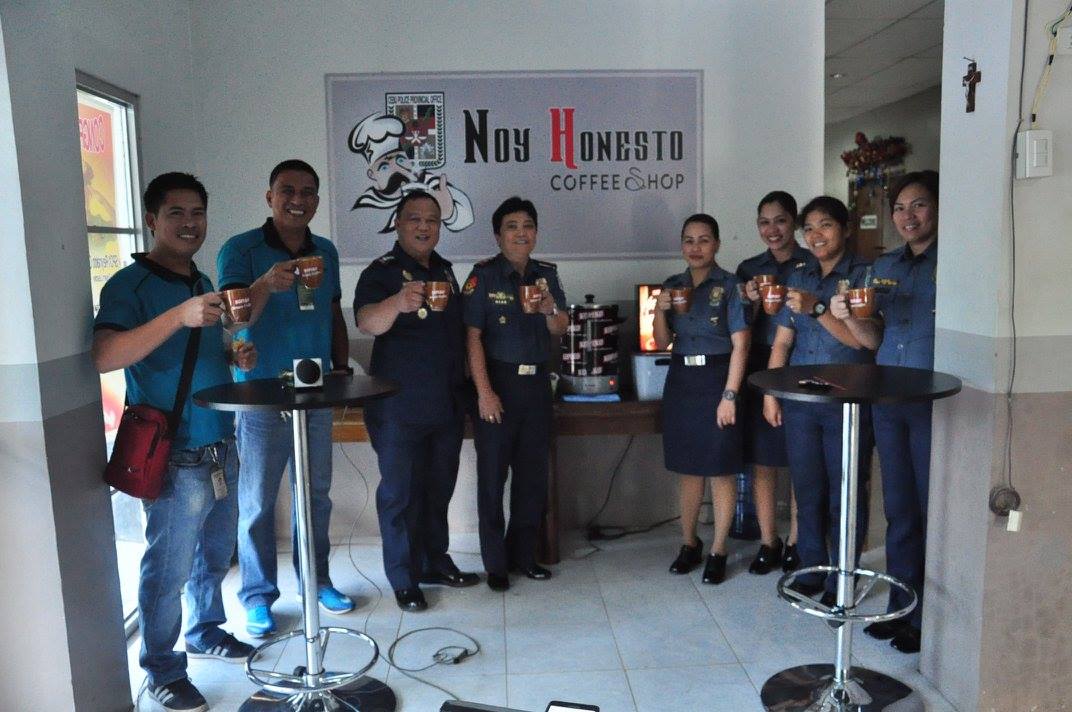 My fellow Cebuanos, let me introduce to you first the first “honesty store” in Cebu, Noy Honesto Cofee Shop! This shop can be found at the Cebu Police Provincial Office (CPPO) headquarters at Sudlon, Lahug, Cebu City.

This one was conceived by then director Senior Supt. Noel Gillamac and is being run by the CPPO’s Cooperative around January 2015 (awhile back no doubt).

Since it’s been awhile since this honesty store started, I’m sure you are as curious as myself on how the rather unusual business model is doing these days (is it still existing even?) and that’s the main reason why I dug a bit deeper to get to the bottom of such curiosity.

I’ve gotten in touch with the CPPO and talked to a couple of police officers about the store and YES it is still existing up until today. However, since the store is being run by the CPPO’s cooperative, and the latter has had a change of board of directors recently, the store is at the time of this writing, being revamped as well so it’s close for the time being.

Someone from the board is set to get in touch as well with more details so for now, we can only check on the latest news we can find on the subject. Unfortunately, the last coverage on the store was nearly 2 years ago but the good news is, it appears to be growing as it even offers rice now.

Even better news, the Noy Honesto Store’s concept has been spreading to other parts of Cebu particularly in the rural areas as as Dalaguete’s police station opened there own honesty store named, “Anisay lang ta Bai” just a few months after Noy Honesto opened. 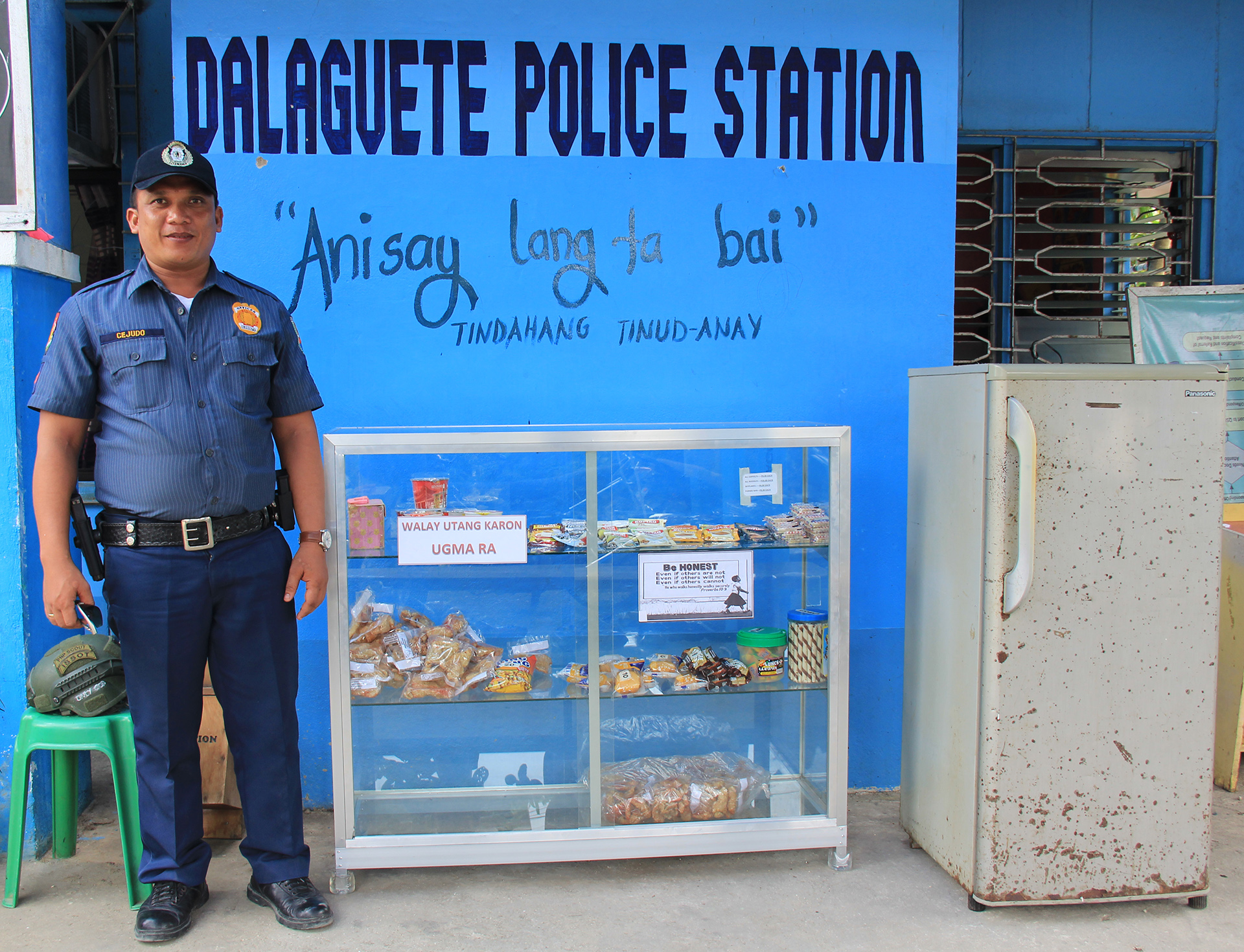 I was able to talk to PO1 Vicenta Arnaiz from Dalaguete Police Station regarding their store and here are some interesting facts I’ve gathered. After having opened in March 2015, Anisay Lang ta Bai store is still surviving up to this very day. It is growing in a way and everyone in the police station is happy about it because gains from the store goes to the station’s adopted public school.

The station conducts feeding programs and gives out school supplies and materials twice a year thanks to their honesty store.

The store has been operating smoothly and no unwanted incidents have been recorded to date. Although PO1 Arnaiz did mention that the store is very close to their station that people who buy from it normally ask them about it making it somewhat “manned” in a way.

Asked if this concept of a store can be replicated by others especially the civilians and a very lively and interesting conversation followed. In PO1 Arnaiz’ opinion, the concept should be replicated by anybody so the people can be disciplined and their honesty can be tested.

For her, the concept even helped in their area’s peace and order because people are given the chance to do good. They are showing people that they are trusted by those who operate the honesty store and this makes people behave differently – for the better. At least that’s what we both hoped for.

In fact, just September this month, PO1 Arnaiz mentioned that another honesty store has already opened and it’s not operated by the police – it’s in the Mantalungon Flower Farm.

If you are looking to open your own version however, please do take note that there are challenges in such a format so expect it won’t be rainbows and sunshines. In fact, there are many reports of such stores that have gotten losses and thieving issues as you can see on these articles: https://cebudailynews.inquirer.net/64832/three-cops-in-trouble-for-noy-honesto-burglary
https://coconuts.co/manila/news/php10000-stolen-manila-polices-honesty-store/

Still, even with challenges, these stores having survived this long tells us, there is indeed hope and that honesty, is not that rare even to this day.